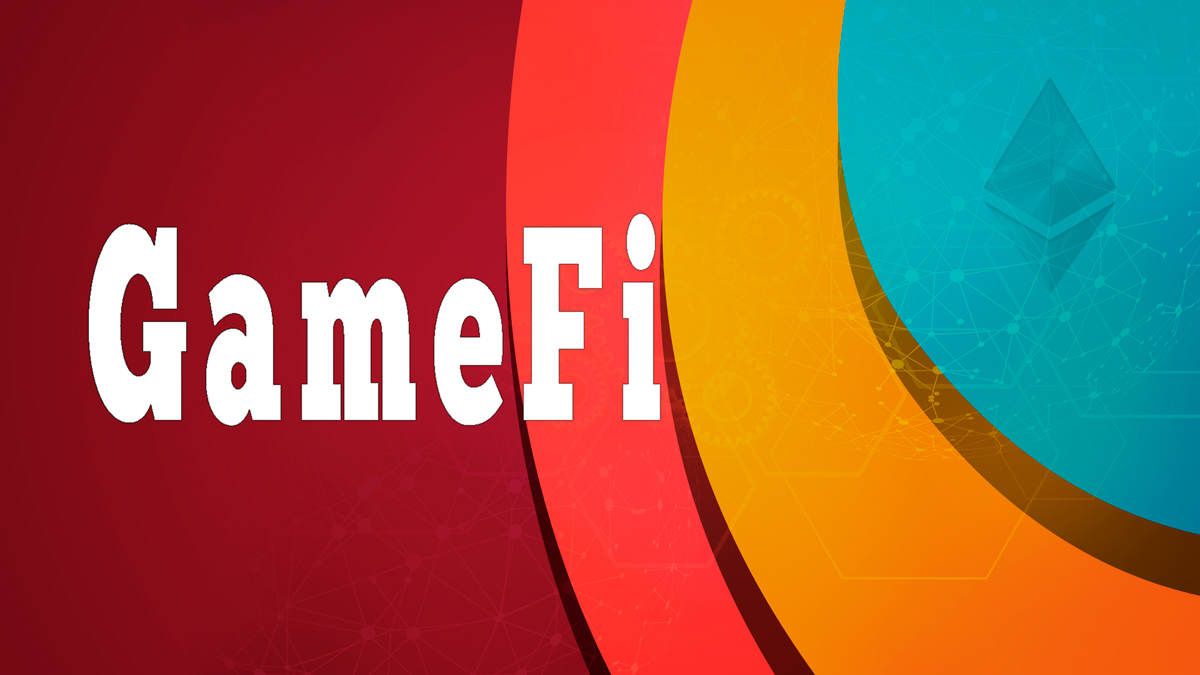 Gaming in the blockchain industry is booming and disrupting the current gaming industry. Leveling up monsters, exploring a virtual world and earning money – crypto video games make it possible and because of this, they are very trendy. This so-called GameFi sector is now even more popular than the financial heavyweight DeFi (who wouldn’t like to earn money while having fun?). However, gaming fans should be careful: what sounds great on paper has its own pitfalls. So let’s delve a bit deeper into the topic of GameFi and see if it’s really worthwhile and what to expect in the future.

Almost every one of us has probably heard of Tetris, Super Mario, Minecraft or GTA. Whether on the PC or the smartphone: video games can be found all over the world with a community of around 3.24 billion gamers (stat. by April 2022). Hence, it’s not surprising that the market for gaming is now bringing in the most massive sales in the entertainment industry. At $300 billion, the gaming industry is more worth than the film and music industries combined.

It was, therefore, only a matter of time before the crypto community would discover the area for itself. Blockchain games combine video games with financial solutions from the area of ​​decentralized finance (DeFi), thus enabling a whole new type of gaming. Because of this, gaming becomes more than just a pastime; players can earn cryptocurrencies while gambling. This sounds tempting not only for many gaming fans. GameFi – a mixture of gaming and finance – is next to DeFi the fastest growing sector in the crypto space.

It began with the Bitcoin blockchain. But because of high fees and speed issues, developers moved towards Etherium blockchain, and because of still noticeable performance problems and too high fees, developers began again to move to other, faster networks. These networks include such crypto currencies like Wax, Solana, Polkadot, Polygon or BSC. Of course, there are still a lot of GameFi games based on the Ethereum blockchain but in the future we should see more and more projects based on different crypto layers.

It’s all about NFTs in GameFi

Blockchain games work like “normal” video games. There are quests to be completed, monsters to be defeated and every corner of the virtual world to be explored to collect items. In traditional video games, such items usually have no real value. Crypto games, on the other hand, go a step further and connect the entire blockchain economy with the pixel world. This is where a certain token standard comes into play: Each of the collected virtual items corresponds to a non-fungible token (NFT) – i.e. a unique token that only belongs to the respective player. This gaming NFT can be sold to other players or collectors on marketplaces for cryptocurrencies.

So far, NFTs have primarily been talked about through virtual art. But this type of tokens is much more than that. In principle, NFTs can represent any asset – without being exchangeable for another value of the same type. While one Dollar can be exchanged for another Dollar or one Bitcoin for another Bitcoin, an NFT remains irreplaceable in principle. With their NFTs, owners of the digital objects have unique proof that is immutably stored on the blockchain. Non-fungible tokens fulfill three basic functions: they provide proof of the authenticity of the digital asset, clarify ownership and guarantee the uniqueness of the virtual object represented.

How is this implemented in the world of video games? The crypto game Sandbox, for example, offers the opportunity to sell found items in the form of NFTs on the in-house marketplace for its own currency SAND. Blockchain game Decentraland, on the other hand, allows for the sale of items – and even entire estates – on NFT marketplace Opensea. Since NFTs are stored on the blockchain, they can be traded securely and easily via popular wallets such as Metamask.

While crypto games were still new territory a few years ago, the gaming industry can now hardly be imagined without them. Gaming NFTs represented around 20 percent of the $23 billion NFT market last year, according to tracking platform DappRadar. Additionally, gaming apps account for almost half (49 percent) of daily blockchain usage – GameFi is more in demand than DeFi.

With around 2.5 million users every day, the crypto game Axie Infinity is without a doubt the pioneer of the GameFi scene. Similar to the popular Pokémon games, players breed cute monsters called Axie, with which they go onto their virtual adventure. Exploring and fighting in the game collects the Smooth Love Potion (SLP) cryptocurrency, which is used to boost Axies. SLP can also be exchanged for stablecoins or fiat currencies on exchanges.

Found items and leveled up monsters can also be sold by players on NFT marketplaces. What initially sounds like a boring pastime has meanwhile taken on large economic dimensions. NFT transactions worth several thousand US dollars are not uncommon for Axie Infinity, with the most expensive pocket monster even fetching 368,000 US dollars at an auction. It is, therefore, no wonder that an entire industry has developed around the blockchain game.

Some more advantages of GameFi

Although it’s the NFTs you can make money with by playing crypto games, other concepts from DeFi seem to gain a foothold in the GameFi world. Concepts like liquidity mining, yield farming or staking can give the players additional possibilities of in-game passive income. For instance, you could stake your in-game assets to earn interest to buy additional in-game stuff or unlock new features, etc.

Not only that, participants of decentralized GameFi projects, players can be involved to make decisions about game updates by giving stakeholder voting power to members of Decentralized Autonomous Organization (DAO).

“Play to earn” only with a corresponding wallet

Axie Infinity is particularly popular in Asia. Around 40 percent of the players come from the Philippines, where GameFi is particularly popular, since a comparatively large number of people play crypto games there as a sideline. Play to earn can be a lucrative source of income but as tempting as getting into crypto gaming is, it doesn’t come without hurdles and problems of its own.

Crypto games like Axie Infinity are not for free – if you want to play, you have to invest money at the beginning. The pixel monsters cost from $30 upwards. If you want Axies with better features, you have to put several hundred US dollars on the table! Such entry costs are not uncommon, but can also be found in other blockchain games. This deters users with a small budget in particular, who are interested in crypto games but for whom such an investment is too high.

Another problem is typical for crypto: the high volatility ensures constant uncertainties in gaming. Just like Bitcoin, Ethereum & Co, Axie Infinity’s currency Smooth Love Potion (SLP) is at the mercy of the volatility of the market.

If the price of SLP is high compared to the US dollar, the initial investment for the game also increases. However, players earn more if they exchange SLP for stablecoins or fiat currencies as a reward for solved tasks. On the other hand, if the price of SLP falls due to a lack of demand, the income in US dollars also falls. For gamers who expect a steady inflow of capital through gambling, the high volatility is a minus point that should not be underestimated.

But: GameFi developers are already looking for solutions. For example, passive income from gaming token staking and yield farming could offset volatility.

The future of GameFi and GameFi games

Although the origin of GameFi can be traced to the early development of cryptocurrencies, it’s only now beginning to gain mainstream acceptance. An frequently cited instance that demonstrates the growth of this promising new trend is the massive success of Axie Infinity. The popular GameFi plan was the first to surpass $1 billion in token trades in August 2021, and has seen over a million daily active players.

The continually developing technology behind crypto gaming has advanced to the point where new GameFi games are attracting huge fan bases, as well as institutional financing. Experts believe, crypto gaming to be the most likely gate for broad acceptance and use of blockchain technology. As GameFi games gain a base with traditional gamers, familiarity with crypto can only grow.

As you might expect, GameFi is gradually taking up pieces of the growing $175 billion gaming sector. Video gamers have long enjoyed and familiarized themselves with the concepts of in- game currencies, scarce digital items and tokenization, all without gaining financial value. Doubtless, there will be a greater appeal to GameFi projects that contain all of these parts while directly empowering players financially.

With the success of Axie Infinity and CropBytes, some other promising GameFi projects came up or are under development:

By the way, if your are looking for a good website  then you should check the website about NFTs and blockchain gaming, you can check this one: cryptodose.net

Also, some gaming platforms like MOBOX are planning to allow players to create their own NFTs and interoperable games. And of course, MOBOX also features DeFi functionalities like liquidity pools and staking to allow gamers to generate income.

The concept of GameFi seems to be a disruptive one and brings clearly an improvement compared with the existing online games. Whether the play-to-earn strategy will lead to a broader adoption: the future will show it. But at least, GameFi seems to facilitate this process and also allow players to generate income. At least, this trend doesn’t show any signs of slowing down and seems to become a rallying point for DeFi.