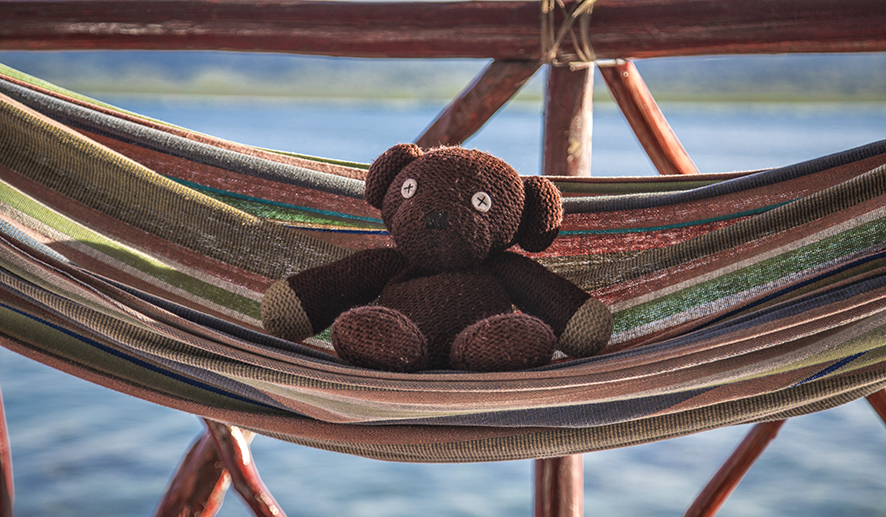 Please note: to see the first blogpost about my Panama trip, click here, folks. After appr. 40 minutes the plane started to descend. I looked out of the window, but I couldn’t find any signs of civilization. Below us were a mere of jungle and a stripe of a coast in a visible nearness. After 3 more minutes I finally saw it: a tiny stripe near the coast. It was the landing strip and during the last section the pilot began to steer the plan pretty steep downwards.


After we had got out of the plane, there were two guys waiting for us and they brought us by motorized boat to the Yandup Lodge. This tiny isle is located just 2 or 3 kilometers away from the coast, so it took us about 5 or 7 minutes to get there. I sat quite close to the guy who steered the boat, and we could chat a little bit. He´s name was Thomás. On our way to Yandup, we first passed another island which wasn´t really big. On this island was a village or a settlement, if you will. 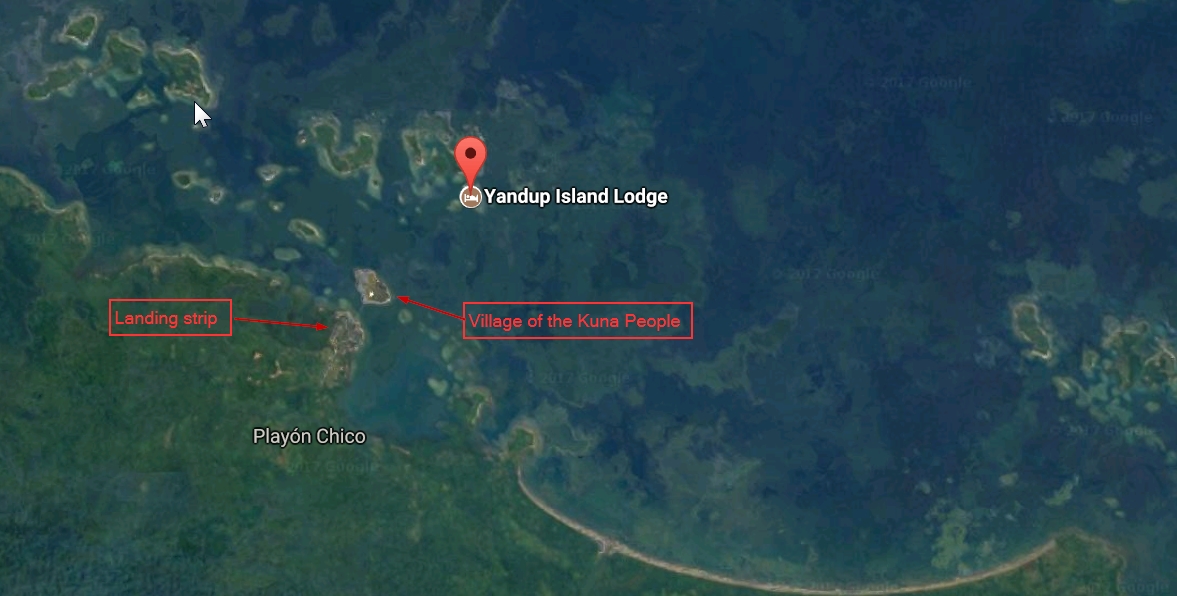 He didn’t speak English so our conversation limited to the spanish basics. But I understood when he told me that this island is the place where he and his companion are living. He called this settlement “comunidad”. This comunidad was a place so much different from that what I was familiar to. So check out the pictures of it from the outside:

It was early in the morning, so it was difficult to catch sharp pictures while the boat was moving.

Soon we saw the Yandup Lodge. It is a tiny but a pretty beautiful islet. I liked the grass and the coconut trees.

In total, there were 10 wooden huts. So even all of these huts were booked, this place could not be overrun. When we arrived, there were only 4 persons at Yandup Lodge. With the other couple and us who came with the same plane, there were 8 persons on this islet. When we left, there remained only 2 persons. So as you see, this place is perfect to wind down. We stood only 3 days there and when we flew back to Panama City we were pretty renewed.

Thomás explained that the visitors who come to Yandup Lodge were from different countries. They come from Europe and from the Northern and South America as well. During our visit, there was a couple from Switzerland and another one from Argentina. The couple which arrived with us, was from Venezuela.

Accommodations and other “amenities” at Yandup

After we went ashore the other guy explained us a little bit about the mealtimes and the activity schedule. Unfortunately, I forgot his name. Therefore, I will call him Diego because I don´t like to speak about him as “another guy”.

After the organizational explanations Diego took us to our hut and showed us the accommodation and the “bathroom” as well. Check it out, folks:


We took the pics with the smartphone. So I apologize for the poor quality. Just click on each image to enlarge it.


What you also need to know that we have seen a transmitter mast on one of the other islands close to the Yandup Lodge. But we did not have any reception there. Also, there was no television. Only the modern “thing” there is electricity which was generated by a small solar system.

The other amenity besides electricity was running water. Diego explained, that it was no drinking water. Later, when we took a shower, the water tasted a little bit salty. First we thought they were using sea water and do something with it to make it usable for showering. But it figured out, it was really  sweet water.

Two days later, when we visited the “comunidad”, Diego told us that the community has a kind of water pipeline in the mountains which delivers water to the community. He explained that the community was using the water during the day and at the night they are providing it to the Yandup Lodge for the tourists. Back on Yandup, I found some cards in our hut with an appeal to use the water sparingly.

It was about 7:30 am when we arrived at Yandup Lodge and it was breakfast time. So we left our hand luggage in the hut and went to another hut which was bigger than the other ones. There was a veranda with a couple of tables where the meals and drinks were served by the Kuna women.

In total, we got every day a breakfast, a lunch and a dinner. Drinks, like coke, beer or wine, were excluded. But the prices were acceptable. For a coke you got to pay about $2 Dollars, for a domestic beer the same price. Imported beer was a little bit more expensive and did cost about $4 Dollars.

The lunch and dinner were always made of fish or seafood. For the Kuna people, meat is a luxury item. So don´t expect any meat there. But as the Kuna are fisher people, fish is the main component of their nutrition. So if you would like to visit Yandup Lodge, you need to take it into account. If you want, you can order some special provided by the sea. There was a couple, which got lobster. I think, you can arrange such things with your tour organizer.

These are some examples of the meals we got served:

Pancakes with maple syrup, eggs sunny side up, scrambled eggs

Soups and starters: carrot soup (at least I assumed it was a carrot soup), fried potatoes

Every meal was finished with a dessert. It consisted usually of fruits. One time we got  a kind of pudding cake

By courtesy we did not want to make a lot of pictures, so we did only three of them with our smartphone. Check it out, folks:


Okay folks, this was the second part. In the third part I will tell you something about the activities we did. Additionally, you can find some more pictures about Yandup and Panama in my Panama gallery. If you haven´t read the first part yet, you can do it here.

If you would like to visit Yandup Island, you cannot do this on your own. You need to book a trip there by a travel organizator. As I from Germany, I contacted a german travel agency. They also speak english, so you can send them a request even if you are from an english speaking country. This is the website of the agency: www.reallatino-tours.com
Please note: I recommend this agency not for financial reasons but because I was satisfied with their service and planning. I do not have any cooperation agreement with this agency and do not receive any benefits by recommending it.