Have you ever read the book “The Count of Monte Cristo” by the great french writer Alexandre Dumas? If so, you surely remember the beginning of the story as the protagonist Edmond Dantès was imprisoned in the prison called Château d’ If. To visit this place was for me something special as I loved to read “The Count of Monte Cristo”. After you’ve read this article, maybe you would feel the pleasure to read the book too and then to visit this Château to get close with this thrilling adventure novel. So read on, folks.

This place was originally a fortress and became later a prison. The fortress was built between the years 1524 and 1531. It first role was a deterrent one and indeed, this place never had to fight against enemies. And that’s the reason why Château d’If remained very well preserved.

In the middle of the 16th century, the fortress became a prison. The reason for this was its location. As an island, it was a pretty secure and escape-proof place to detain a lot of political and religious “enemies”.

It’s been told that the first person who was imprisoned there was a knight called “Knight Anselme” (fr. Chevalier Anselme) in the year 1582. At least a small sign at one of the walls of this prison is saying that.

But its actual fame this place has to thank to Alexandre Dumas, as he put Edmond Dantès in his book as a prisoner here. In my France gallery you will find some pics I made there.

Where is Château d’If located exactly?

This prison is located on an island called “Île d’If” which lies about 3,5 km (2,2 mi) west of Marseille. It is a part of the Frioul Archipelago. Check out the map, folks. 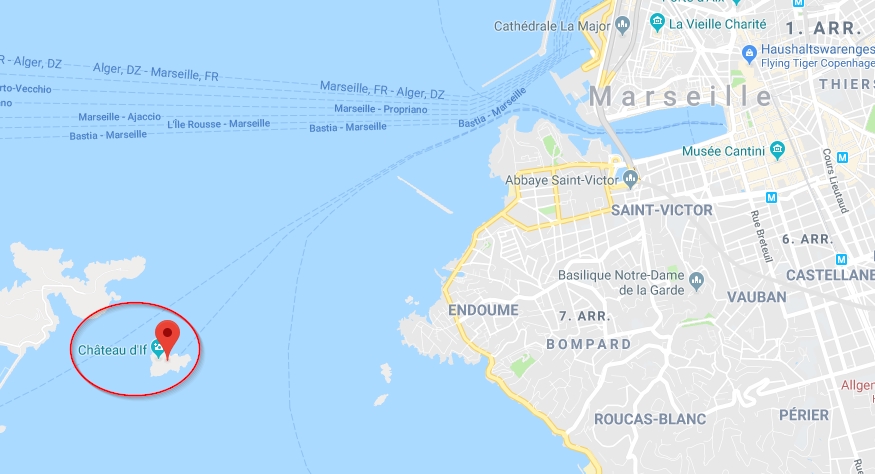 A long time before the fortress was built, this island was a mooring point for pirates, smugglers or just for fishermen.

What will you see there?

When you are going ashore at Île d’If, you can walk around the island, watch the fortress from outside and enjoy the great view to Marseille. Additionally, you would be able to enter the Château d’If and take an exploration into its rooms. A stair will lead you onto the roof of the prison and from there you would have another great view onto the ocean, the adjacent islets and of course, Marseille.  Besides that, you can also walk up the small tower which is an art room now.

Please note: during the summer time it can be very hot in Southern France, up to 40 °C (104 °F). In this case, a good sun blocker, a hat and taking enough to drink is strongly recommended!

Find a flight to Marseille now!*

How to get to the Château d’If prison?

To get to Château d’ If, you would need to go to the Old Port in Marseille. There are up to three different shuttle companies (boat shuttle) operating. I went by the company Frioul-If-Express and can recommend you to use it too, folks. You will find the ticket office of this vendor adjacent to 1 Quai de la Fraternité. As there are usually a lot of tourists, you won’t miss it. 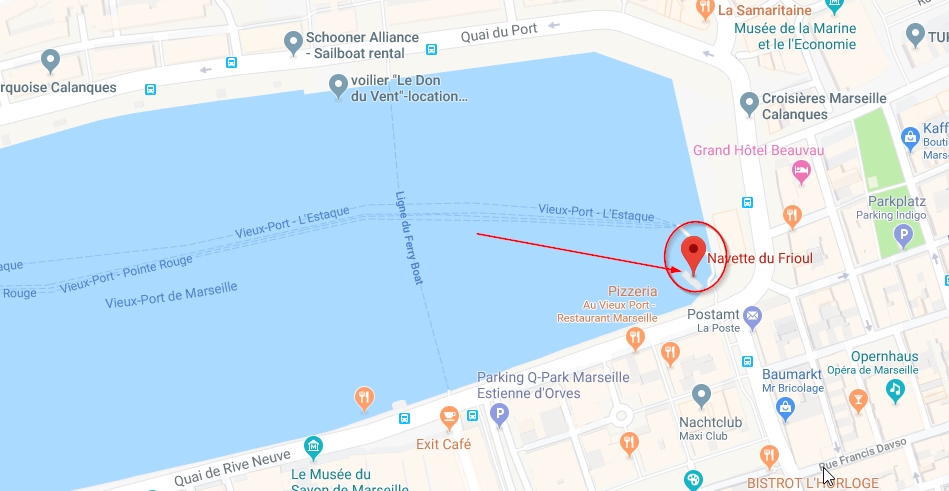 The pier is directly aside of the ticket office. On the website of Frioul-If-Express, you will find the price overview and here the timetable.

Okay, folks. That’s it. I wish you a good time at Châteu d’ If and if you have any questions, just leave a comment in the comment section.