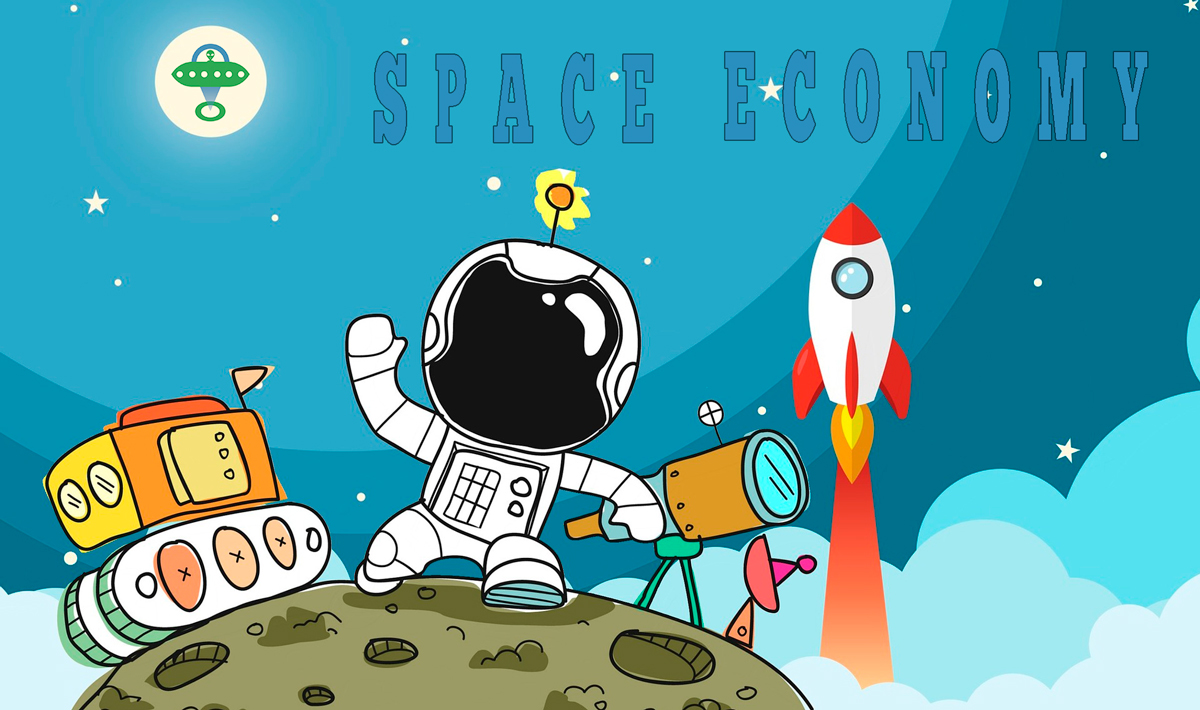 China lands a spacecraft on the moon, the USA flirt with the Mars and even tourists are about to be brought into space. Space flights seemed to boom like never before, and space economy is on its way to become one day a freaking trillion-dollar industry. Although this is still a relatively young market, it is exceptionally strong in terms of innovation and growth. So it’s no wonder that the universe is also becoming increasingly fascinating to investors and traders. Therefore, let’s talk a bit about the space economy in general and space stocks.

Space as a travel destination

Hardly any name is more associated with the space than of Neil Armstrong. In July 1969 he was the first person to set the foot on the moon and became a global icon of space travel. 52 years later, three other names are dominating the headlines in this industry: Elon Musk, Richard Branson, and Jeff Bezos. This trio of billionaires engage in a fierce competition on their way to the space.

When it comes to immersion in zero gravity, Richard Branson and his company Virgin Galactic are one of those at the forefront. He completed a short trip into space with his VSS Unity aircraft on 11th July, nine days before Jeff Bezos was also brought into orbit with a successful rocket launch. The richest man in the world chose this date on purpose, because exactly on July 20, 1969 Armstrong’s “walk” on the moon took place. Most recently, actor William Shatner was on board of Bezos’ “New Shepard”. At 90, he has been so far the oldest person have ever traveled into space.

These two companies are not only concerned with their ego; they also want to revolutionize and commercialize the cosmos. In this regard, Elon Musk seems to be a step ahead of the rest. His SpaceX had shot four space tourists into space for three days – without a trained astronaut on board. This was the first flight with an all-civilian crew ever put into Earth orbit.

With this event, the starting shot of space tourism has been given. Top earners from all over the world are already on the waiting list with the various providers to get tickets for several hundred thousand US dollars apiece. Experts have great confidence in commercial flights into space. For instance, the “Space Tourism Market Research Report” assumes that the global market for space tourism will increase from 885.4 million US dollars last year to 2.54 billion US dollars by 2027. This corresponds to an average growth rate (CAGR) of 16.3 percent.

But it’s not just the three space enthusiasts Bezos, Branson and Musk who are investing heavily in weightlessness; governments are also spending more and more money. The NASA is continuously increasing its annual budget. In order for the USA to remain the market leader in space, experts assume that NASA’s budget will continue to increase in the coming years. Especially, since other countries are also increasing the pace in the battle for the orbit.

In March 2019, for example, the Chinese space agency CNSA managed to land on the dark side of the moon. But the moon is also in the focus of the USA, with its Artemis program, which is intended to put people on the moon.

On the way to a trillion market

The moon is considered by many just as an intermediate goal; the world is actually aiming for Mars. Is it up to the former German astronaut Dr. Ulrich Walter, the vision will soon become reality. The professor of aerospace engineering assumes that humans will land on the red planet for the first time in 2046. But to get to Mars and back a lot of research work has to be done. This is partly done with private companies like AeroVironment. The US technology company, together with NASA, has developed the “Ingenuity” helicopter, which has been flying above the surface of Mars.

According to experts, the competition for supremacy in space is giving the space economy a powerful boost. According to calculations by Morgan Stanley, sales generated in the global space industry could increase to more than 1 trillion US dollars by 2040. For comparison: In 2015, not even a third of this amount was generated.

Above all, the decreasing rocket prices due to the reuse of the launchers ensure that the launches are becoming more profitable. For example, recycling has reduced the costs for launching of satellites into low orbit from $200 million to $60 million. Morgan Stanley even thinks it’s possible that costs can be reduced to as much as $5 million per launch.

The space economy does not just refer to rockets and satellites. It has always been considered a driver of innovation. Especially IT hardware and telecommunication technologies are making the space into a business space. As per Morgan Stanley, the expansion of the Internet is considered the growth driver for the coming decades. For example, the broadband satellite segment is expected to grow to $95 billion by 2040 and would then account for a 9% share of the space economy.

Elon Musk has also had his fingers in the game for a long time. SpaceX has been working on its Starlink satellite internet since 2019 and wants to create a gigantic constellation of 42,000 satellites by mid-2027. The beta test started in 2020 and it was planned to complete it by October 2021. In addition to the expansion of the World Wide Web in regions with an undersupply, future trends such as the Internet of Things, artificial intelligence, metaverse and autonomous driving are also fueling fast data transmission.

Internet companies such as Google, whose “Google Maps Space” already enables everyone to take a virtual journey through our solar system, are considered indirect winners, as well as Facebook and Amazon. So it’s not always about space stocks when it comes to investing in space economy. Streaming providers like Netflix are also often mentioned, which would also benefit when it comes to monetizing global satellite networks like Starlink, which is aiming for an IPO in the coming years. While Google’s parent company Alphabet and Facebook have given up on plans to launch their own satellites, Amazon wants to cut a slice off this area as well. The company has been working on its own telecommunications network in space and plans to launch a total of 3,236 satellites into orbit by 2029. Its system is called “Project Kuiper” and it stands in a direct competition with Elon Musk’s Starlink. 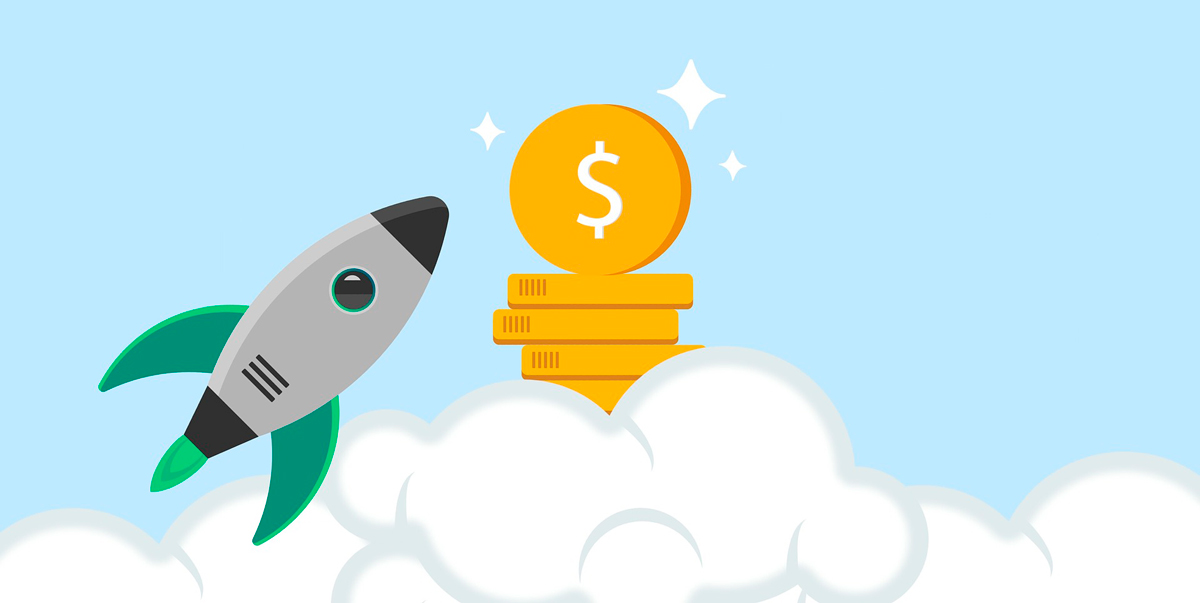 Of course, the forthcoming “conquest” of space was also noticed by investors. In some cases, a real hype about the industry has even broken out on the trading floor, as for example with the company Virgin Galactic (SPCE) of Richard Branson who is aiming for space tourism. But this stock was a very volatile one in the past: it tripled in 2020 just within a few weeks before dipping back down to where it started. Almost the same game was repeated in 2021. The last strong drop of the price was triggered by the US aviation authority FAA, which initially imposed a take-off ban on the SPCE’s spacecraft. According to the FAA, Virgin Galactic “deviated from his air traffic control clearance” during his July 2021 flight.

To date, there is no direct investment opportunity other than Virgin Galactic to be part of the birth of space tourism from the start. However, the field of the space economy is wide, and there are numerous companies from the aerospace, defense or telecommunications sectors that want to get a piece of the pie. Also, when it comes to European space travel, the German OHB has played an important role for more than 35 years. The company is not only active on the International Space Station ISS, but also develops near-Earth and geostationary satellites. Until recently, their projects included the Galileo navigation satellites. At the beginning of the 2021, however, the European Space Agency ESA no longer decided in favor of OHB for the new Galileo generation, but instead awarded the contract to the Airbus Group and the French company Thales. This caused the OHB share to slow down significantly.

In the following you’ll get a list of space stocks you can check:

Those who are interested in investing in space stocks should note that the commercial space industry is still in its infancy, and it remains to be seen who will actually make money in the gigantic market. But in order to always have the hottest space stocks on the watch list, it can’t hurt to be up to date from time to time. So if you want to put your feelers out into deep space in terms of system technology, you have a multitude of opportunities.

Previous Post
The Megatrend Sustainability – What Commodities Can Benefit From It?
6. April 2022
Next Post
Web3: Revolution Or Utopia?
6. April 2022