Photography and Travel in Panama – Activities at Yandup Lodge 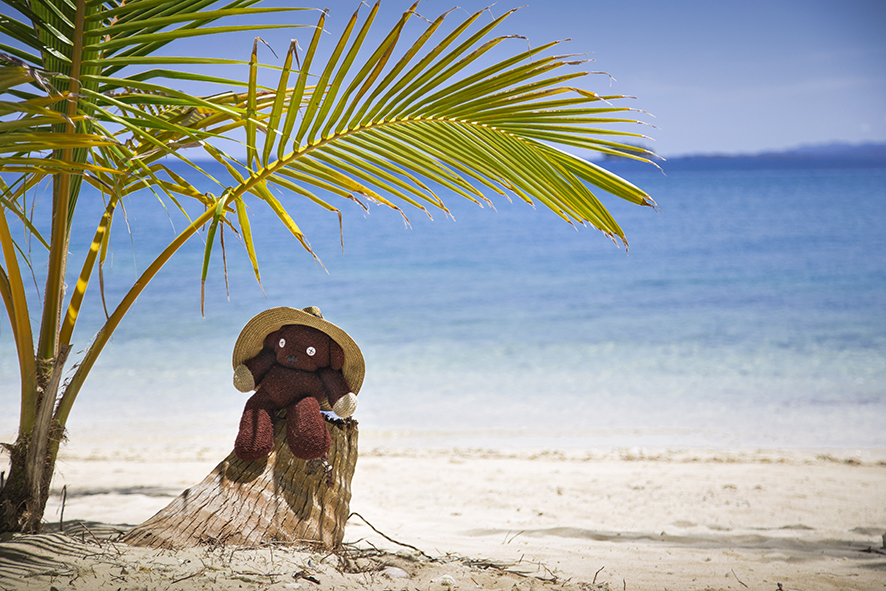 At Yandup you can do some activities (included), offered by the Kuna people but don´t expect anything extraordinary. Every day, from about 9:30 am to 12 am you can go with your guides by boat to another small islets with beautiful and scenic beaches for snorkeling or swimming. Besides that you can visit from 15:30 pm to 17:00 pm the “comunidad” with a guide and he will explain some interesting things about the Kuna people and lead you through their settlement.

The next activity is the possibility to visit the Kuna graveyard and the river (by boat) not far away from Yandup. Actually that´s it.  Thomás said, it is also possible to book a fishing tour but you need to book it extra at your tour organizator before you go to Yandup. The reason for this apparently limited activities is that the most tourists come to Yandup usually for two days. We spent 3 days there but it was rather an exception than a rule.

You don´t need to do this activities. If you want, you also can stay all the time at Yandup. They have a little beach there, with 2 canopies and 4 beach chairs.

Trip to another islets

Here you can see some pictures from our third trip to an islet located about 15 minutes away from Yandup (normal boat speed). It was our last day and it was the best for us. The isle was absolutely great and besides that there live two Kuna families. Thomás was of course allowed to go ashore. Otherwise you would need an allowance from this families. We spent there about 2 hours of swimming, snorkeling, exploring the isle and had a relaxed time.

We were about to leave as Thomás said if we would wait 10 more minutes we would see some men returning from fishing. No sooner said than done.

This was the catch of the day:

On the second day at the afternoon we went with Diego to the community where about 3000 Persons live. We did not visit the graveyard but the others, so I can tell you something about it later.

While walking through the village, Diego explained us a lot of interesting things about the life of Kuna, their habits, their past and a their outlook. 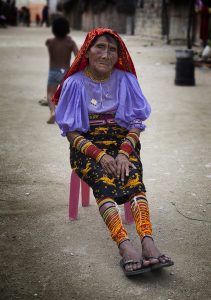 The women wearing traditional Kuna clothes but the men don´t do that. I asked Diego about this but he could not explain it reasonably. He just said, the men wear usually shorts and t-shirts. After I returned back home, I did some researches and read that obviously the men did not have real clothes in the past. They were naked and their wifes painted them from head to feet. But my research did not go so far to make a real scientific research about it, so my information might be not 100% correctly.
Diego also told us that the culture of Kuna people is in the state of decline due to western influence. He said, since his people went to Panama City and their children to study there, they see the difference.

Now they know about the modern civilization and comparing it with their pretty poor living conditions as he admitted. So now, he says, him and the other Kuna don´t want to miss cell phones or modern drinks like canned beer or Coca-Cola. They also don´t want to miss television and especially they appreciate the solar panels which are providing electricity for free as there is a lot of sun in Panama.

These and other reasons of western influence are leading to the fact, that even the younger women don´t want to dress themselves traditionally anymore. Thus, some of them prefer t-shirts and jeans. 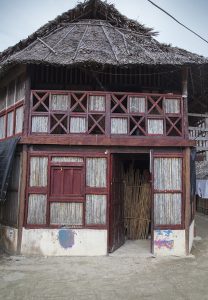 When we walked around we saw a lot of typical Kuna housings. The walls were made of pretty thin tree trunks and the roofs of long tree leaves which were bundled. But alongside we saw some “modern” houses made of bricks and modern roofs or special timber houses. Diego told us, theses houses belong to people who made more money. But actually, he said, the traditional houses are better, considering the hot weather in the Caribbean.

Actually, the Kuna pepople don´t need money because all the need they get from mother nature. But to build “modern” houses made of bricks and concrete or installin solar panels, they cannot avoid to generate money because they need to buy the materials in Panama City. How do they earn money? The one way is the tourism.

The other one is the business with the Colombians. Diego told us, Colombians are buying a lot of coconuts so the Guna have some coconut plantations in the jungle. For each coconut they pay 0,40 Dollar, he said. Sometimes the Kuna don´t take money but they trade by barter.

We kept on going through the “comunidad” as we saw a building which was larger than the others. Diego explained it was the central gathering place of Guna. In this house (or hall) the Kuna people meet their village eldest to discuss about “political” and other topics. This hall is also a place where Kuna go to pray, if I understood it correctly. Diego told us that with the spanish conquistadores also the missionaries came and they brought several western religions. So Kuna have besides their own religion, based on the nature worship, some other religious practices. Diego was numerating: “We have catholics, mormons, traditional religion, “la trompeta de Dios” (trumpet of God) and other religions…” But nevertheless they live in peace and respect each other.

Diego told us, 60% of the community consists of children and teenagers, which is a normal situation. Women are getting married when they get 15 years old. Men, when they are 18. “So we have a lot of time to get a lot of children”, jested Diego. Six to eight kids are normal in their families.

In contrast to our western patriarchal society, the Kuna people live in a state of matriarchy. That means for example that the men, when they got married, move away from their families and live henceforth at their wives home.

In the community we noticed about 4 kids with albinism. By courtesy I did not ask Diego about this but I did some research when I was back home. I found out that Kuna people have one of the highest rate of albinism.

I read about a legend, the albino people are called “moon children” and considered as a special race which is chosen to protect the Kuna tribe. According to the legend, there is a dragon who tries to eat the moon. That´s why lunar eclipse is happening regularly. So only the moon children are allowed to step outside of the night of a lunar eclipse to shoot the dragon with a special bow and arrows to rescue the moon. On the internet I found several different versions about the moon children so I cannot say for certain which of them is the most correct one.

Maybe you are interested to learn some more about this indian tribe. In this case I found a book on Amazon. It is called “Stories, Myths, Chants, and Songs of the Kuna Indians”.

If you would like to visit Yandup Island, you cannot do this on your own. You need to book a trip there by a travel organizator. As I from Germany, I contacted a german travel agency. They also speak english so you can send them a request even if you are from an english speaking country. This is the website of the agency: www.reallatino-tours.com
Please note: I recommending this agency not for financial reasons but because I was satisfied with their service and planning. I do not have any cooperational agreement with this agency and do not receive any benefits by recommending it.