One day in Chicago 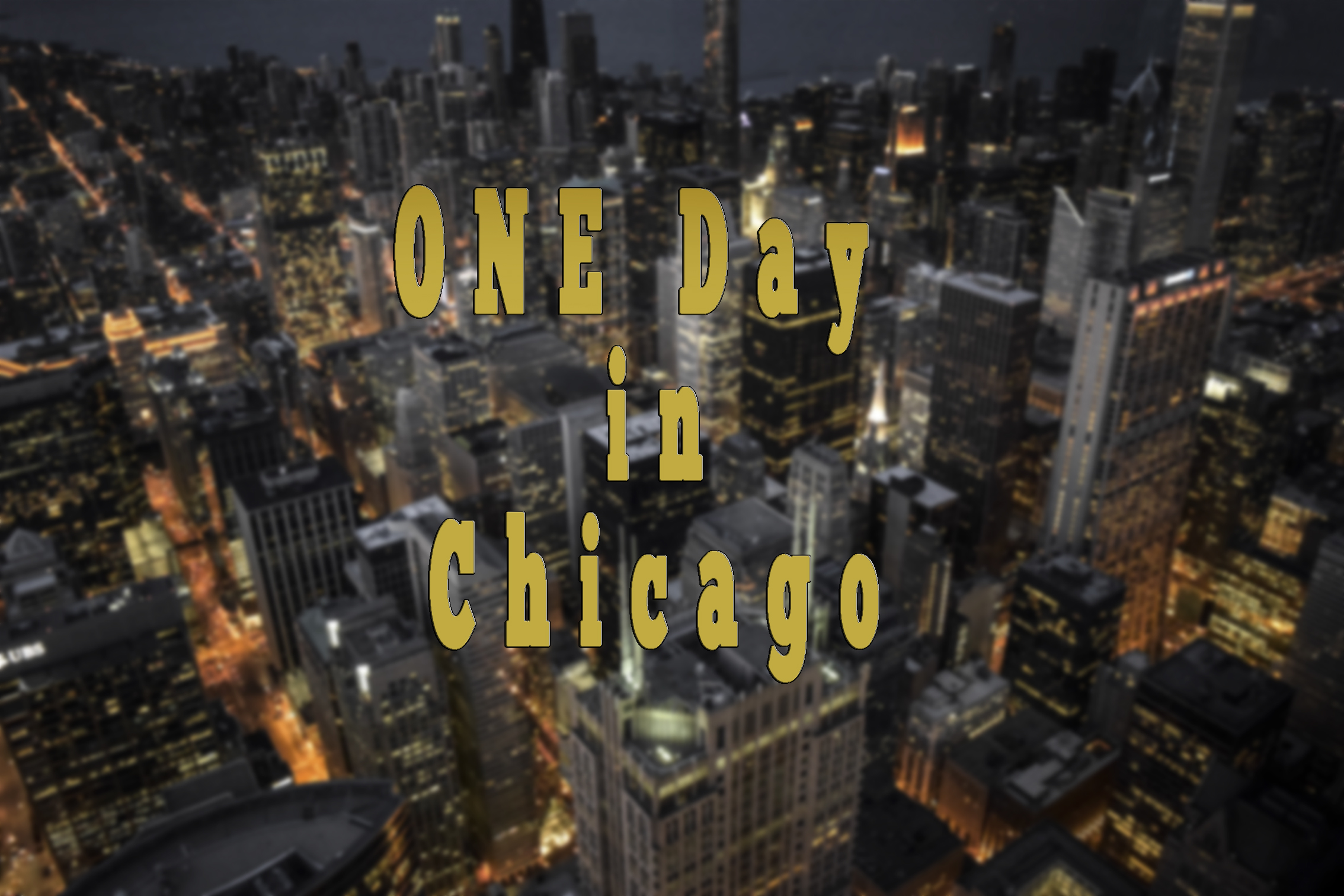 If you are planning to visit Chicago just for one day with a long itinerary in your rucksack, I tell you straight: forget it! For Chicago is so big that you wouldn’t have time to see everything you want. Indeed, you have to spend at least a whole week there and probably even then you wouldn’t have seen a half of all stuff. When I went to Wisconsin (read more about it here), I also decided to visit Chicago for one day. I knew I wouldn’t have enough time to see a lot. But as a passionate photographer and traveller, I HAD to go there as I’ve never been in Chicago before. In this article, I would like to show you a couple of things to do in Chicago and give you some tips how to prepare for this.

If you have just one day to visit Chicago, you should get up early. As I had my “headquarters” in Milwaukee, I went to Chicago by train and thus, I left Milwaukee at 8:40 a.m. To me it wasn’t early enough but the train connection between Milwaukee and Chicago is not the best, I must say. I recommend you to start your tour in Chicago at 6 a.m. Yes, it’s difficult to get out of the bed at this time but you would be rewarded by almost empty streets and you could see the city awakening.

To see more in one day in Chicago (or other big cities), you should plan your trip thoroughly and wise. If possible, combine destinations. Don’t choose attractions which would take a lot of time. Skip them (even if it hurts) and rather decide to make some smaller ones. Also, try not to walk the same way back if not necessary. Instead choose another route back to your hotel, train station, etc.


Okay, folks. Now let’s check what you could do in Chicago in one day.

Watch the skyscrapers and look for photography opportunities as well

As I am from Germany, we don’t have a lot of skyscrapers. Some of them are in Frankfurt around the bank district. But actually in Germany there is no city with a lot of skyscrapers like in the United States. And I think, there are a lot of other people who can tell the same story.


So take that chance and just walk through the streets between all of those buildings. If you are a passionate photographer, you will also find an interesting opportunity to shoot some cool architecture photos, folks. A brief overview of them you will find in my USA gallery.


Visit The Cloud Gate or “The Bean” 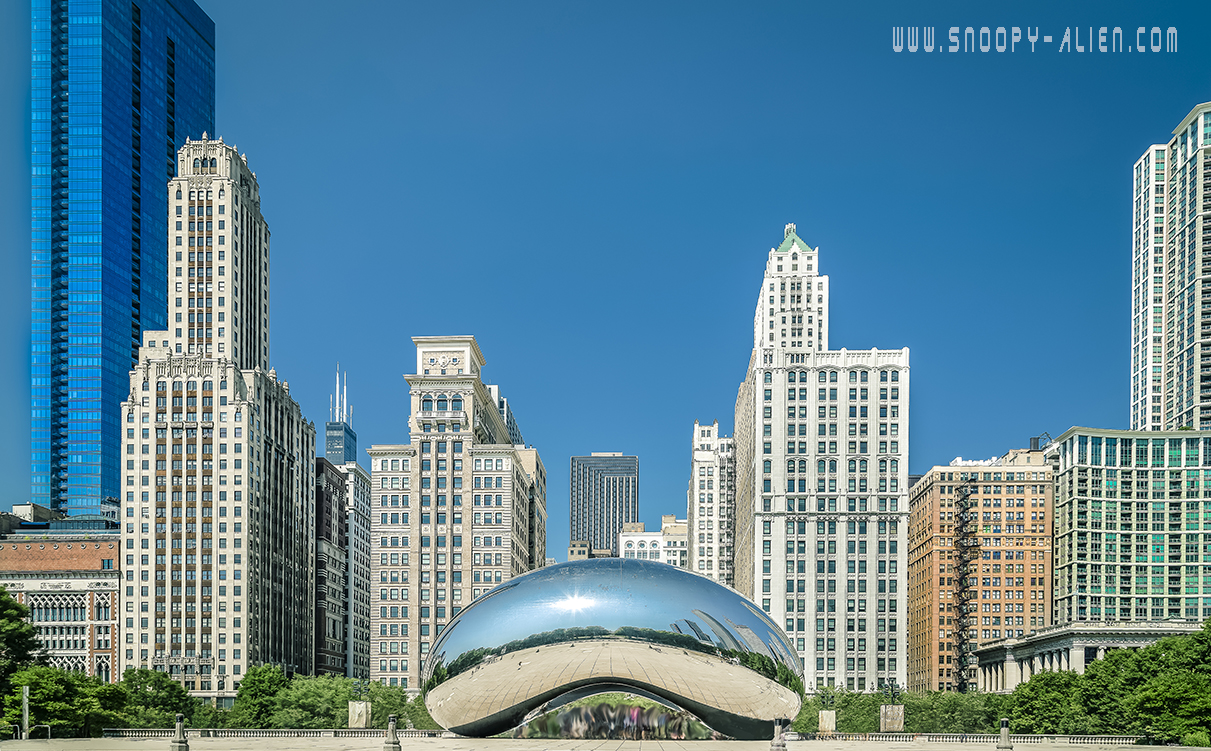 As I recommended you to combine destinations, I did the same. I was not just walking around and watching the skyscrapers but I was already combining. For my first destination was the famous Cloud Gate, also called “The Bean”. Thus, I could kill two birds with one stone. As I arrived at the Cloud Gate, I already had some nice shots of some skyscrapers in my full frame Canon EOS 6D, which is my personal favorite.

Where is The Bean located?

This sculpture is located at the Milleniumpark not far away from Lake Michigan:

If you arrive by train, you could walk there and it would take about 25 minutes from the Union Station:

What is the best time of the day to visit “The Bean?

Well, actually the best time of the day is to get there really early or pretty late. At this time you wold have a chance to enjoy this place without of masses of tourists. Also, you would have a chance to take some real good photos of this modern sculpture. The colors of the sky would be great, and you would have a chance to photograph The Bean without other people in the picture. Unfortunately I came to the Cloud Gate at 10:30 a.m., and it was already crowded like hell. But blessing in disguise, nowadays we have Lightroom and Photoshop.


So, this is my tip to you if you are looking for pictures with no crowds: Just take a lot of photos from the same scene and afterwards, remove the crowds by using Photoshop. If you are interested in this, I can recommend you to watch this video from Serge Ramelli:

Walk along the Chicago Riverwalk

After you visited the Cloud Gate, you could head towards the Chicago Riverwalk which is another great opportunity to discover the city. This point of interest alone could keep you busy the whole day, folks. The Chicago Riverwalk, stretches from the Lake Shore Drive to the Lake Street and it is self-guided.

Actually, it would be another architecture walking tour along the river. Just a couple of interesting buildings:  McCornick Bridgehouse at the Michigan Avenue Bridge, Trump Tower (not far away from the McCornick Bridgehouse), Wrigley Building, Tribune Tower, Marina City, etc.

To see the most of interesting skyscrapers and other buildings, you could hop onto one of those boats, called Chicago’s First Lady Cruises. During a 90-minutes tour you will learn a lot about the history of Chicago and of course, about the architecture and the great skyline of this city.

Expect a lot of visitors during the high season, folks. If you don’t like to see yourself amid of crowds, you could rent a kayak and explore the city along the Riverwalk paddling in a kayak.

Yes, it is realistic to say, that you would be able to visit just four places in one day. But should you be disappointed reading this? I was not, and let me explain you why you shouldn’t be too, after a brief description of the Old Watertower.

First of all, why should you go there? I mean, there is a lot of other architecture in Chicago. Is it really necessary to go to see the Old Watertower? In my opinion, yes. The Old Watertower is an old construction made of limestone and is looking rather like a castle from middle ages than a water tower. To me it represented an interesting contrast to all of those modern skyscrapers made of glass and steel.

The Old Watertower was constructed in the year 1869 and it survived the so-called Great Chicago Fire in the year 1871 which burnt down almost the whole city.  Because of this, the watertower became a famous point of interest and it stands for Chicago’s steadfastness. It proved it again in the years 1906, 1918 and 1948 as it was about to demolish. But it’s still there and is one of the most historic points of interest in the city.

Too few attractions to see in one day?

Okay folks, let me explain you now, why you shouldn’t be disappointed to read about just four attractions you could visit in one day in Chicago. The reason for that is, that these four points of interest could be considered as checkpoints if you will. While you would head to the mentioned points of interest, you would nevertheless discover a lot of interesting things.


For example, after I’ve done my photos at the Cloud Gate, I went to the Chicago Riverwalk and on my way I discovered some places I never knew they are there because no one mentioned them on the internet. At once, I found myself in a beautiful park hidden between buildings around it. And at the end of the park I had an opportunity to make this picture: 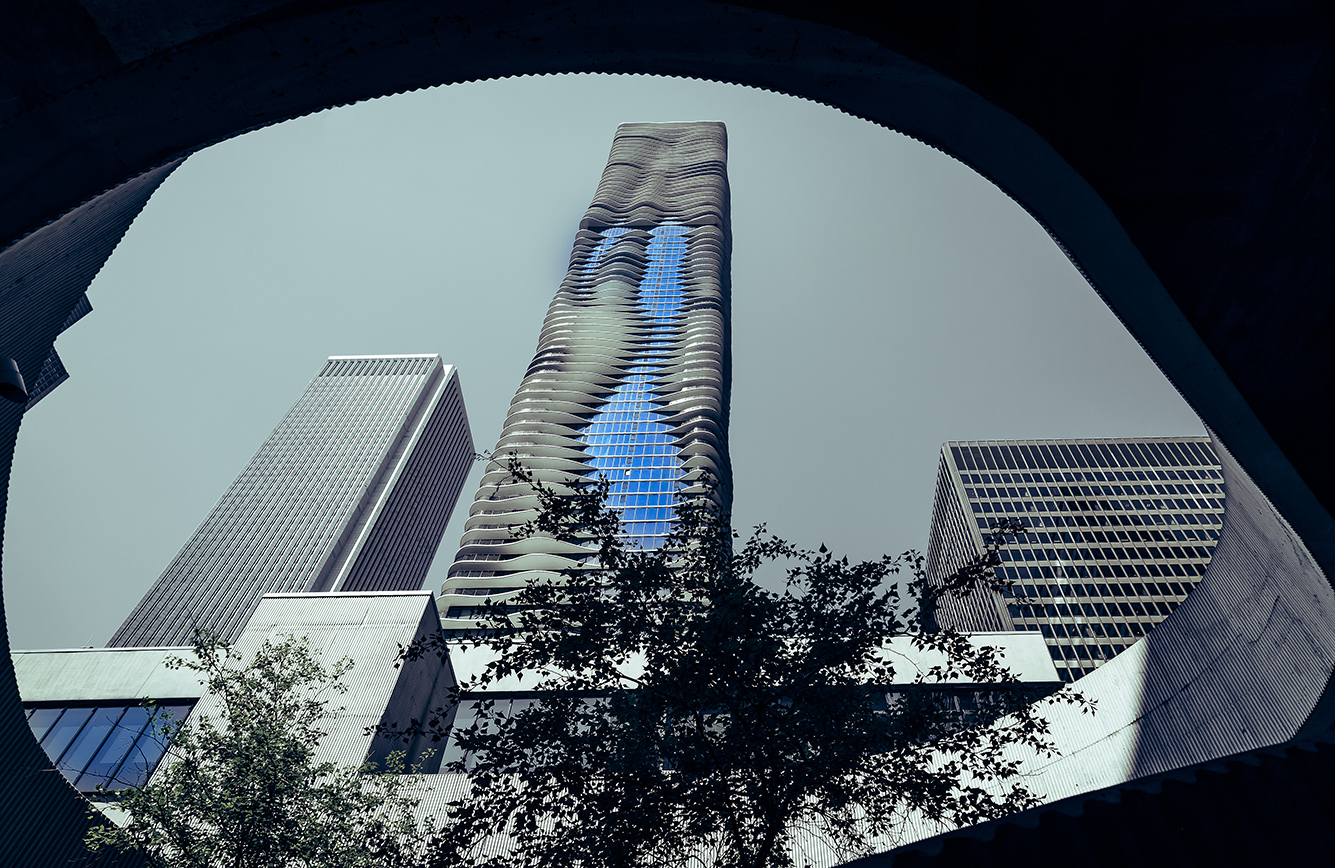 On my way back to the Main Station, I discovered some another buildings, interesting stores and restaurants, like “Eataly*”.

So that’s my tip to you. If you are in Chicago for one day (or in another city), just find out three or four “checkpoints” interesting for you, because you wouldn’t have much time for more. On the way to them, you will still find a lot of stuff to be discovered.

Here I’ll give you a brief overview of more things to do in Chicago if you decide to stay longer there:

*I don’t have any commercial agreements with this company and do NOT receive any benefits by mentioning it on this blog.