Multichain As Natural Progress Of The Blockchain 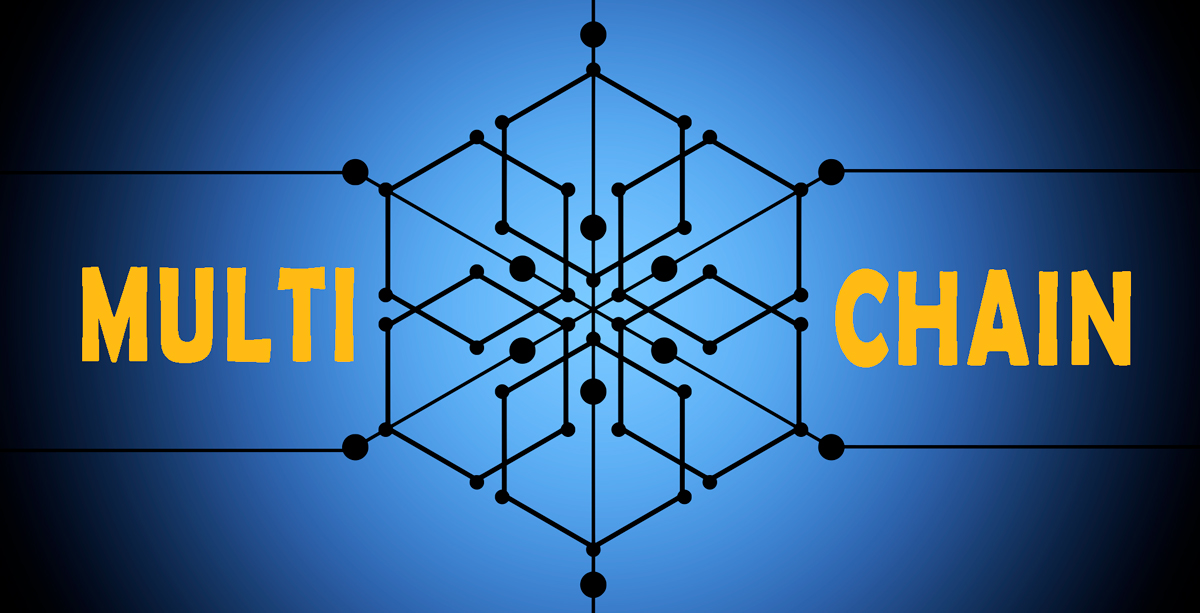 If you’ve tracked investments across blockchains, you’ve probably heard of the so-called multichain. It is one of the most popular token bridging projects, for the future will not be dominated by a single blockchain, but by multichain. But what is the benefit of multichain, how does multichain work and which technologies are used?

It is estimated that the blockchain industry will be worth more than $40 billion by 2025. The total market capitalization of the cryptocurrency market has already surpassed the $2 trillion mark. An ecosystem that was once defined by its close community and exclusivity is now reaching out to governments, corporations, institutional investors and individuals, all of whom are now increasingly confident about the situation.

With this newfound popularity, we’ve come to a fork in the road. For we have reached a point where the number of users of decentralized technologies exceeds the functionality of the technology. As a result, networks are often congested and solutions are in high demand.

Multichain paves the way for a fast and growing Web 3.0

To address this situation, multichain is the answer to the two main challenges of the blockchain world: scalability – i.e. growth potential – and interoperability between different blockchains. Many blockchains have the problem that they become slower as the user community grows. The reason for this is that the number of transactions increases with the number of participants. Each transaction, in turn, must be validated and inserted into the blockchain. That costs time and energy. The data throughput comes to a standstill and the costs of operating the network increase.

Multichain systems offer solutions for this: instead of all computing power being carried out on the main blockchain (e.g. Bitcoin or Ethereum), certain sub-processes are outsourced to separate chains, so-called “child chains”. These operate parallel to the main chain and are connected to it. In this way, computing processes that would otherwise run one after the other can be carried out simultaneously. This makes the entire network faster and remains efficient even when the number of network participants increases significantly.

But each blockchain has its own set of rules, tokens, protocols, and smart contracts which means that blockchains usually cannot readily communicate with other blockchains. Therefore, special technologies are required to ensure interoperability between the different blockchains. So far about the question what is a multichain. But how does multichain work?

One idea – many solutions: This is how Multichain works

The central challenge in the implementation of multichain systems is maintaining the security and decentralization of the respective system.

Different approaches to realizing multichain address these challenges in different ways. Terms such as sidechain, parachain, plasma chain or shard stand for some of the more prominent of these approaches.

Many multichain systems are based on so-called “layer 2 solutions”, which means that the child chains operate independently of the main chain. Sidechains and plasma are examples of Layer 2 solutions. But there are also well-known Layer 1 approaches, i.e. multichain systems that are implemented directly on the main blockchain. Shards or parachains are part of layer 1 multichains. Let’s delve a bit deeper into sidechains and plasma.

Sidechains are smaller blockchains that are to some extent independent of the main chain, but are still connected to it. Sub-processes of the main blockchain can be outsourced to them. Users can move their tokens from the main to the sidechain to perform specific transactions there. For example, the Bitcoin sidechain Liquid allows traders to complete transactions in just two minutes instead of the usual 60 minutes.

Nonetheless, the main and sidechain operate completely independently of each other, which means that the rest of the network is not aware of the processes on the sidechain. This saves the main chain computing processes and allows the sidechains more autonomy. One disadvantage of sidechains is cost: each sidechain requires its own validators to run its own security structure. This means that with each new sidechain, the entire multichain network becomes faster because more processes are running in parallel, but it is also more expensive.

A special variation of sidechain is the plasma chain. In contrast to the classic sidechain, they include an exit option for the participants if the sidechain is hacked. This exit option is only associated with low costs (an increased transaction fee to the main chain and a short waiting time before leaving the chain). Plasma chains are therefore more secure than classic sidechains, but also more complicated to use.

With sharding, the multichain architecture is implemented directly on the layer 1 blockchain. This means that the blockchain is divided into so-called “shards”. This has the advantage that the network no longer has to process all transactions. Instead, each shard is responsible for a portion of the transactions. In this way, more transactions can be processed in parallel, making the overall network more efficient.

The relay chain therefore notices if a parachain or a shard sends incorrect information – for example due to a hack – and can react to it: if the relay chain is reset as a result, all parachains are also would be reset. Thanks to this collective security infrastructure, multichain projects based on sharding can grow without exploding network costs.

What’s Next For Multichain?

As so often, it remains to be seen which protocols will establish themselves in the long run and for which areas of application. So far, Ethereum is the blockchain protocol most used by developers. Ethereum has its own sidechain called Polygon and thus also offers a multichain solution.

Thanks to Polygon, the main chain is relieved and developers can relatively easily program their own blockchain applications that are compatible with Ethereum. However, Polkadot has a decisive advantage over Ethereum: the project co-founded by Ethereum co-founder Gavin Wood was designed for multichain from the beginning and thus for high scalability. In addition, Polkadot applications are not only compatible with Ethereum but also with other blockchains.

Ethereum is currently working on catching up on this lead – by switching from the expensive proof-of-work to the much cheaper proof-of-stake method, and by implementing sharding. The launch of Ethereum 2.0 took place in September 2022. The coming years should show whether Polkadot, or one of the other multichain projects such as Cosmos, will overtake Ethereum or whether different approaches with their respective advantages and disadvantages will complement each other in Web 3.0.

We can learn from the development of the Internet

Like the blockchain today, the internet was once disjointed and had its own scaling issues. Blockchain technology needs to evolve from its current state of isolated chains to an interconnected ecosystem. With the aim of further developing the technology for commercial use, this will allow users to take full advantage of the ledger technology

DApps are now complex and expensive, just like the World Wide Web was once described as “slow” and “immature”. As opposed to the smooth flow offered by modern websites and apps like YouTube or Instagram, the blockchain experience is defined and lived through every single part. As a result, actions that should be seamless don’t feel quite mature yet.

Multichain technologies will transform the experience of complicated chain-to-chain movements into simple and continuous processes where the end-user has no idea which chain they are on.

If these blockchains worked together in this way, data transfer from one chain to another would not only be possible, but also safer and faster.

If history is to be believed, the natural evolution of Web3 will be the ultimate marriage of on-chain communication and data transfer. While Web 2.0 made the Internet more interactive, Web3 will make it more accessible, inclusive, and impactful.

Users could have the best of both worlds if there were a proper means of interacting across communities. In short, you don’t have to stick with your Polkadot. Polygon can also work.

To prepare for the mass adoption of Web3, which will result in an influx of more than a billion users, there must be plans for a multichain approach that eliminates complex transactions and ensures a frictionless user experience.