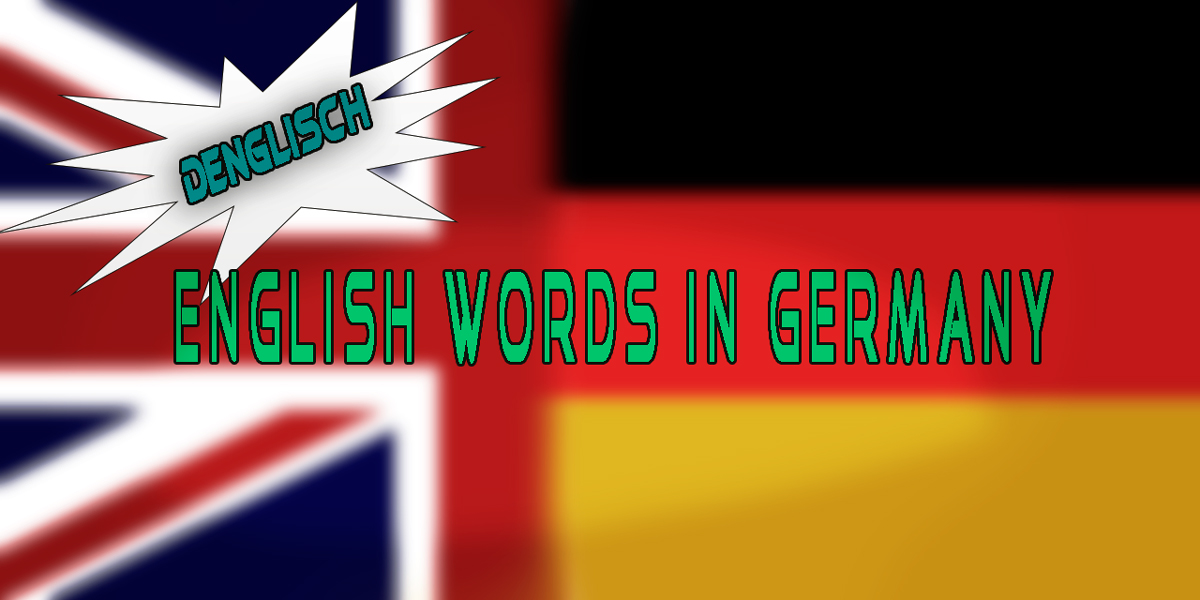 Since the english language became a business language, some of its vocabulary got adopted by a lot of countries around the world. In some places more, in other less. Sometimes, it’s even unavoidable (think about the IT and the internet). This led to the fact that in a lot of countries neologisms were invented you actually won’t find in the english speaking countries. In other countries you will find the same words but with a complete different meaning. Germany, as an export nation, is one of those countries, where English is more present than e.g. in France, Italy or Spain. Maybe that’s why here you will find a bunch of english words, you might be confused with as they have different meaning than in the real English speaking world. Therefore, I’d like to introduce to you the most common of these words in case you’d like to travel to Germany*.  So read on, folks.

The official term for those words is pseudo-anglicism (at least in Germany) but the most common term for this is “denglisch”. I prefer to call them all just as “fake english”, though. The terms you see in the list below are ranked in the order of the frequency of usage in the daily life in Germany. Of course, I don’t have official numbers. But as I live in Germany, I can guess pretty well, how often a fake english word is used in Germany. But I don’t want just to provide a list with fake english words, but also give you an explanation, why these words are used in the German language. Let’s begin with the number seven which is “bodybag”. 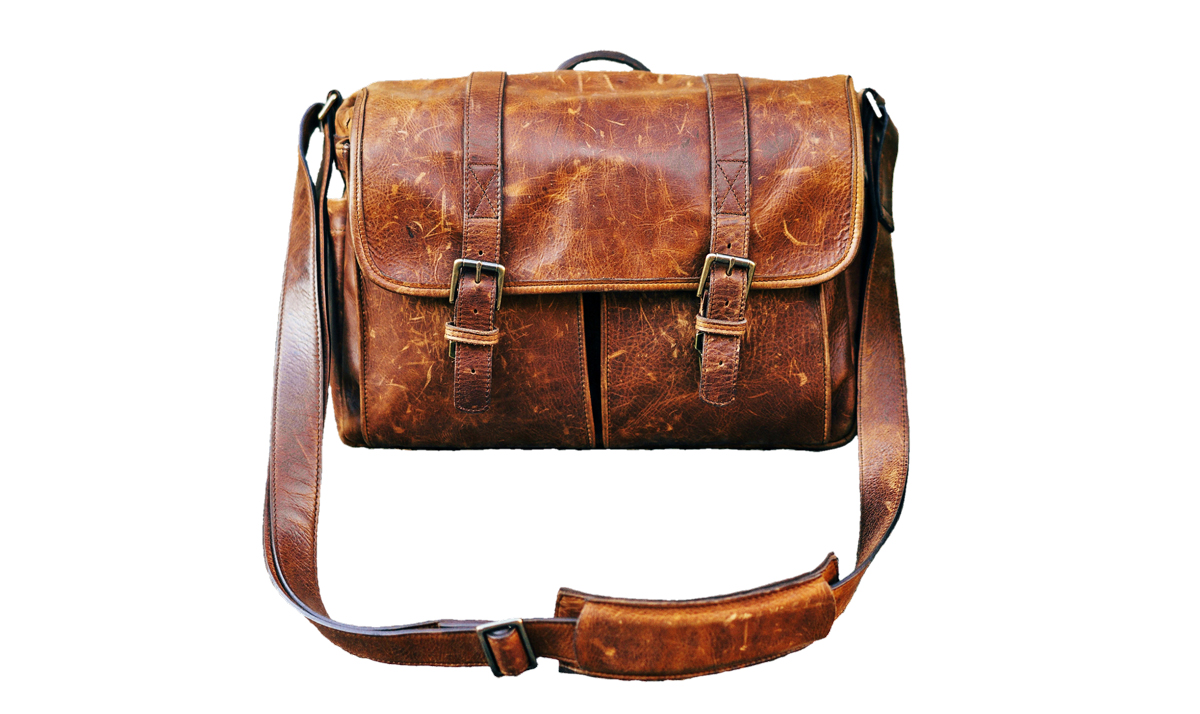 In the real english world, this word means a sack for a dead person, designed to storage and transport a corpse. But not in Germany. In Germany, this word stands for a shoulder bag. You will hear (or read) this one usually in a clothing store.

This term was established (like many other fake english words) by the marketing industry. English words sound in Germany exotic, hip and modern. Especially, the younger generation in Germany uses a lot of english words (although they don’t really speak english). Therefore, the marketing agencies try to give to some products english names to make them more attractive for the target group. Hence, the term bodybag was established by someone from the marketing industry who didn’t really think about it (I guess). But in the meantime, it has got around about the real meaning of the word bodybag. Therefore, sometimes you will read the word “crossover bag” instead of bodybag …

Want lo learn a language? Ckeck out this book* 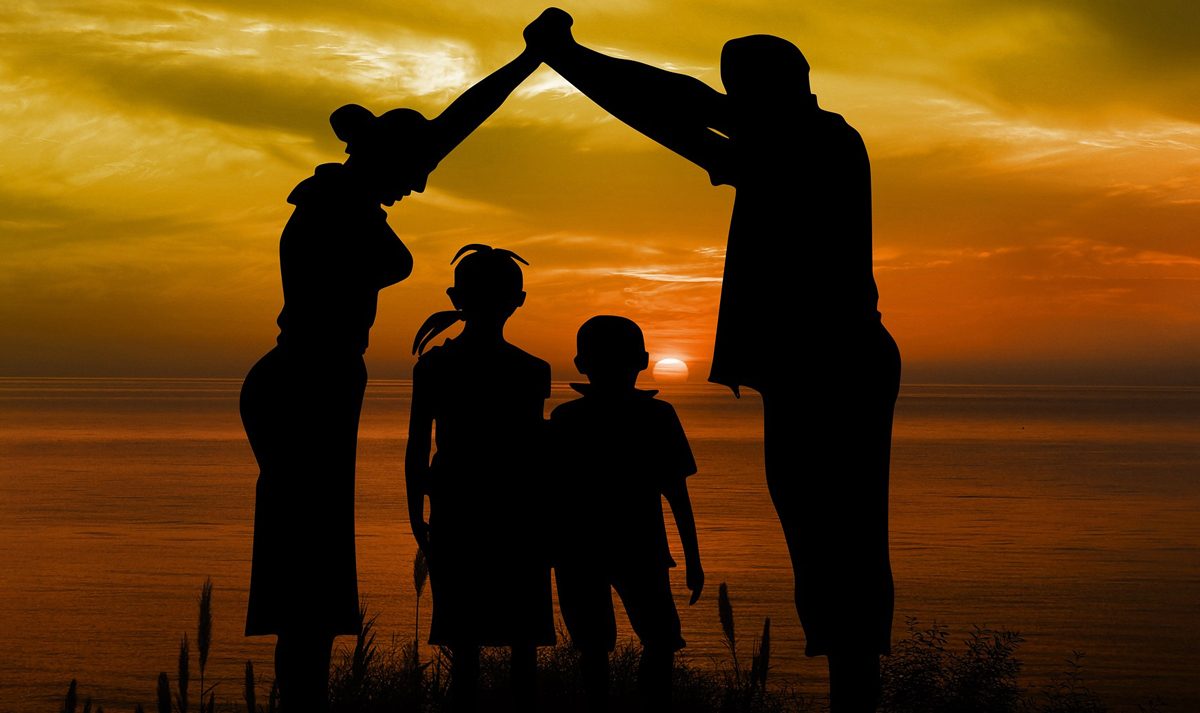 This term does not describe a family which does some patchwork. A  patchwork family in Germany means a family with children from different marriages. In english you would usually call this type of family “stepfamily”.

This term was not established by the marketing industry but a female translator in a book about stepfamilies. She used this term first, and later it was adopted by other publishers. 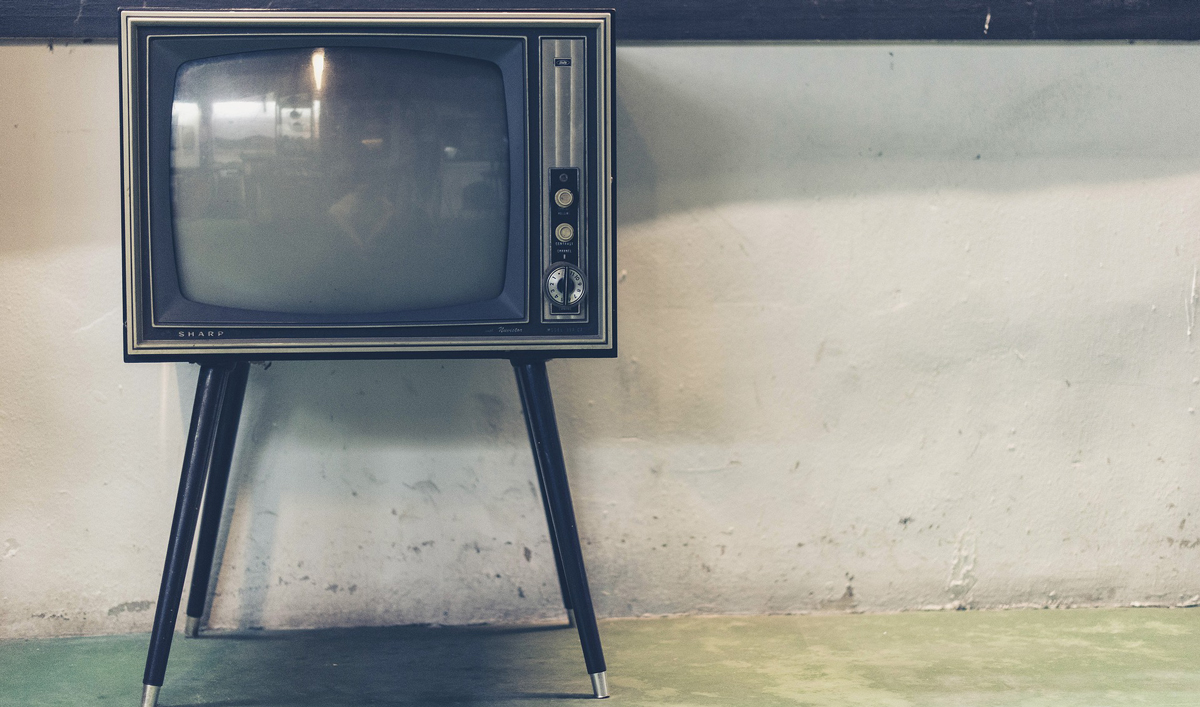 No, a spot in Germany is neither a place nor a pimple. The word “spot” is used by the German media, and it means a commercial or an advertisement. Sounds weird but that’s how things are. I did some research but I couldn’t find any story about the development history of the word “spot” in Germany. Just keep in mind when you visit Germany* that a spot is just a commercial and this word is pretty common in the media landscape.

This pseudo-anglicism means in Germany any kind of motorized vehicles (cars, trucks, tractors, bikes, etc.) which reached a specific age (e.g. 30 years). In the real english language, you would call them vintage or classic. So don’t be surprised if you visit Germany and hear someone speaking about oldtimers. This person doesn’t mean veterans, but vintage vehicles (usually cars).

In the meantime, there was another term established – a youngtimer. A youngtimer is a vehicle which is about to reach the status of a oldtimer in the near future.

I did some research about the origin of the term oldtimer in Germany, but I couldn’t find any sources about this. Therefore, let’s check the next fake English word: “Public Viewing”. 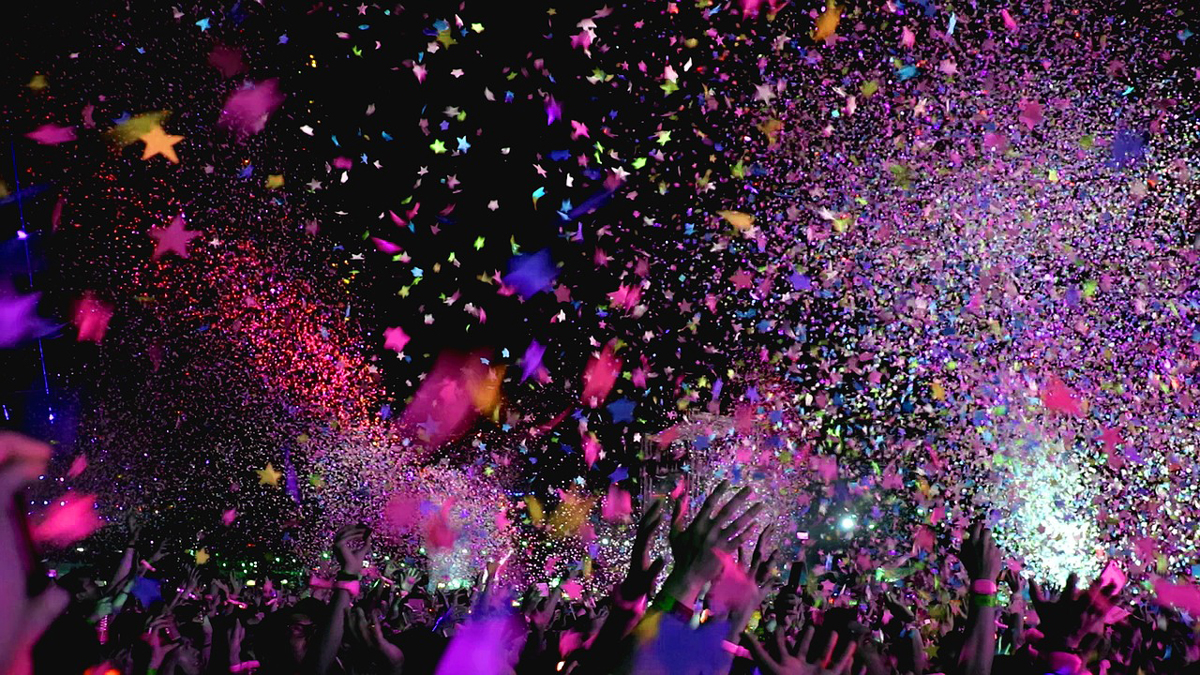 This is one of the most whimsical ones. In the real english world, this term can be understood as lying in repose, when people can part with the person passed away. In Germany though, public viewing means showing of movies or sports events publicly on a screen. You might know this as “public screening”.

The term “public viewing” was established in the year 2006 by the German media when Germany was the venue of the FIFA World Cup. Interesting is that this term obviously began to be used by international media and sports organizations.

Meanwhile, “public viewing” was added to the official German dictionary as a neologism. Besides that, a German term was established as a synonym which is called “Rudelgucken”. Literally translated it means “swarm watching” but it means what it is: public screening.

So if you visit Germany next time and someone invites to a public viewing, you will know that this person means a sports event publicly screened. 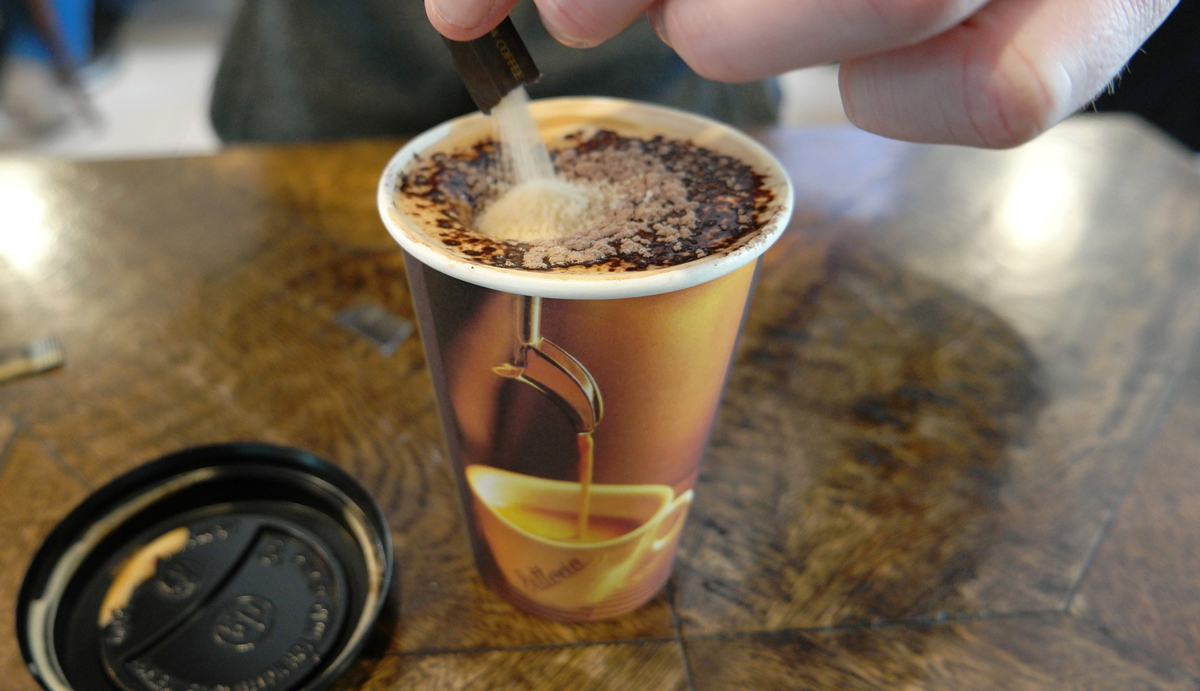 You will find this in almost every coffee shop, café, and everywhere where you can buy food or beverages in Germany “to take away”. For this is the correct term in the real english world. At least, I’ve seen this in all the countries where English is spoken as official language, like England or USA.

This is probably the most known and used word in Germany. In English it means something useful or convenient to use. In Germany, “Handy” means a cell phone! Let me explain you.

Handy is a generic term like Hoover (instead of vacuum cleaner) and nobody really knows who established this term. There are a couple of theories about that, and the firm lead brings us to the German telecommunications company called Telekom.

In the year 1988, Telekom decided to bring to market 10.000 of Alcatel cell phones. The innovation about them was, that these devices were light enough to carry them in a bag or a pocket which was big enough. Until then, cell phones were only used in a car because they were too heavy and too big. Nowadays you probably need to register such device as a cold weapon…

Anyway, before the launch of the product, there was a team searching for a brand name. Someone made a proposal to call this device “Handy”. Why of all the available words someone had the idea to take the word “Handy”, is not explanable anymore. For the catch at the whole story is that Telekom till now couldn’t find any documents, minutes or other correspondence to make it official.

But since then, the word Handy conquered the German colloquial. Even smartphones* are still called Handy instead of smartphone. Therefore, don’t be confused if someone in Germany asks you what kind of “Handy” do you have.

Okay, folks, that’s it. Please, take this list not as state of the art but just as a informative and entertaining article in case you want to travel to Germany.