Metaverse: the leap into the virtual world? 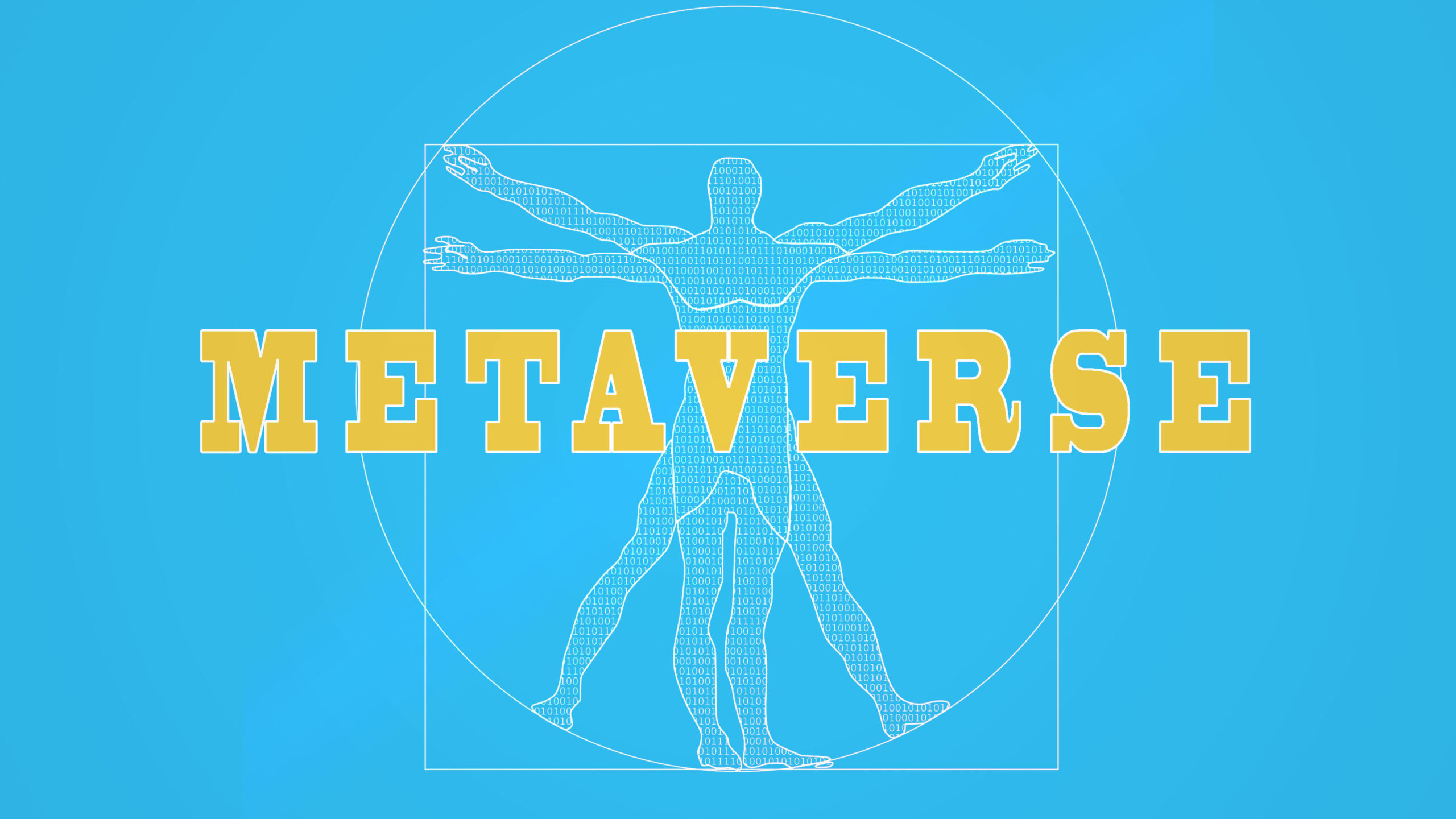 Have you always dreamed of being able to immerse yourself in a virtual world to meet your friends or the whole family, even though they are far away from you? Or attending a concert, shopping or gaming together? The Metaverse – a virtual world on the internet – could make all of this possible in the near future. Various tech companies are working to make this vision a reality. So the question is: Does the “Metaverse” have what it takes to become the “next big thing”?


Since the beginning of our civilization, people have only known one world: our real earth. But if you listen to tech visionaries, that could change in the near future. With the so-called Metaverse, a virtual world could emerge that exists parallel to our real world in that you can immerse yourself in whenever you want. The two worlds can coexist and interact with one another: The real world is thus combined with one or more virtual worlds. Digital, three-dimensional avatars can be created that can interact with people from all over the world in the Metaverse. They can game together, meet up, work, talk, attend concerts or classes, enjoy social gatherings, or even buy real things. So the Metaverse wouldn’t just reflect the real world. Instead, a world should be created that enables its users to be or do things that were previously only possible in our imagination.

The vision has been around for a while

The idea of a Metaverse or similar concept has been circulating in the media recently. But actually it has been around for some time. As early as 1992, the author Neal Stephenson used the term in his science fiction novel “Snow Crash“*. Different versions of such virtual worlds are also used in the films “Ready Player One” or “Matrix”. With some video games (e.g. Roblox or Fortnite) or virtual concerts, we have also already received a foretaste of the Metaverse. So the concept isn’t new – but could what was once science fiction soon become a reality?

There is still work to be done to achieve this vision. New devices, chips, software and virtual reality (VR) glasses* need to be provided. In theory, it is even possible to enter the virtual world via a PC or smartphones. Much more likely, however, is the introduction of new devices with better processing power and graphics quality. Programming should be made simple so that individual users can create virtual worlds and experiences too, and not just professional developers. Presumably there will also be a wide selection of haptic equipment so that users can feel virtual things or move around. On the other hand, a payment system is also required in the Metaverse, for cash is not an option. Tech specialists anticipate that transactions with credit cards or payment service providers like PayPal could be possible. In addition, cryptocurrencies and blockchain technology could play a central role to the processing of transactions in the Metaverse. The reason for this ist that the blockchain can not only be used for cryptocurrencies and payment systems – it can also be used to use NFTs (Non-Fungible Tokens).

Would you like to learn how to trade options in a serious way without false promises and beyond the gambling ambitions of the masses? Then enroll in an online course on Udemy*. Also check my course I created to show you how to profit from crashes in the stock markets with reversal signals*.

Metaverse – the next big thing?

Does the Metaverse have what it takes to become the next big thing after the mobile internet? Many tech visionaries and companies believe the Metaverse is a disruptive innovation which could be the next big breakthrough. According to software engineers, many important technology trends, such as the Internet of Things, the cloud, artificial intelligence, 5G as well as automation and robotics, would converge in the Metaverse.

Sam George from Microsoft is also of the opinion: “Digital twins, mixed reality and autonomous systems are key technologies of a huge wave of innovation“. The race for tech companies to develop the “right” technologies first, is ongoing now. As a result, it is hardly surprising that various companies are working on the vision of creating such a Metaverse. Facebook is already working hard on the vision of its own version of a Metaverse.

The “Horizon” platform launched by Facebook, on which you can meet friends virtually, or the development of your own “Quest” VR glasses are showing how serious Facebook is about being at the forefront of developing a Metaverse. From Facebook’s point of view, the development of a Metaverse is the biggest technological step since the development of the mobile Internet. The company has already announced that it will create up to 10,000 jobs in Europe with the aim of building the Metaverse.

According to the Boston Consulting Group, the market for augmented, mixed and virtual reality shows enormous growth potential in the coming years. To participate in the Metaverse, users need virtual or augmented reality headsets. Even if Facebook in 2020 dominated the market for VR and AR glasses,, other companies do not want to leave this growth market to the social media giant without a fight.

The software giant Microsoft, for example, directs its focus particularly on the working and corporate world with regard to this rapidly growing future market. Microsoft aims to ensure that employees in global companies with their own AR glasses “HoloLens” and the mixed reality platform “Mesh” will be able to interact with each other using specially created holograms or avatars.

Despite the spatial separation, this should give the impression that the entire team is together in one room. Holographic architecture offices and research laboratories would be further potential areas of application. In addition to these two tech giants, there is, for example, the newcomer Roblox focusing on the maintenance component of a Metaverse. The video game platform posted sales growth of 140% in the first quarter and now has 3 million daily active users. Looking overseas, the South Korean company “Dear U” also has ambitions for a Metaverse. This is a subsidiary and platform of a Korean music label, on which the bands (K-Pop style) can interact with their fans (initially only via text messages). With a turnover equivalent to US $ 15.5 million, the company is to be listed on the Korean Exchange and a Metaverse platform is to be built with the capital from the IPO. Hence, the efforts of many companies to build a Metaverse are more than clear.

Invest in stocks of companies that are active in the Metaverse space?

If you as an investor are convinced that the technology related to the Metaverse should prove itself, then the tracker certificate on the Metaverse Basket could be an interesting investment opportunity. The technology is still in its infancy – but if we make the leap into the metaverse, it could be the next major technological development. Positioning yourself early enough and then getting in when the trend could pick up speed could pay off for investors. The Metaverse Basket shows companies that are active in the area of ​​the Metaverse. With this product, investors have the opportunity to make diversified investments in the exciting Metaverse investment theme.

Well, here are just a couple of companies, just as an idea: 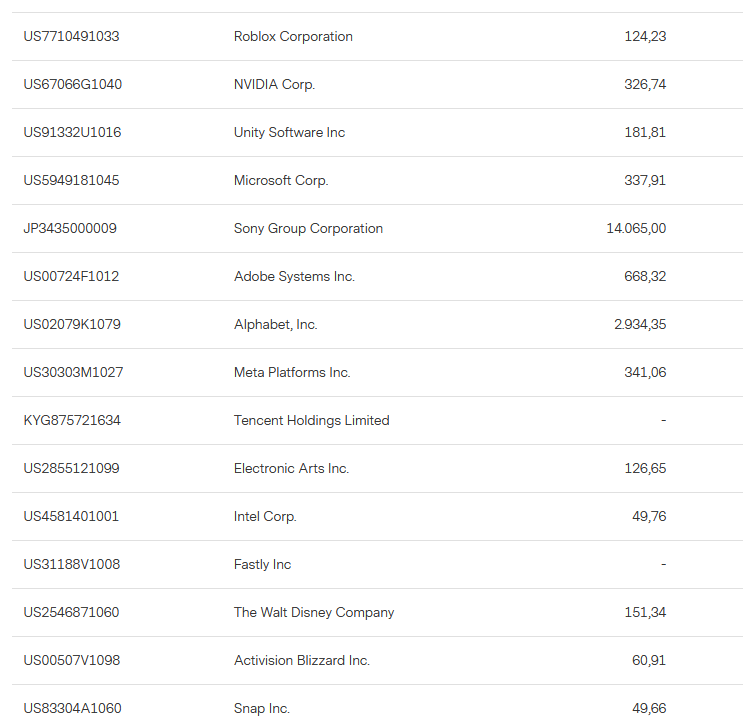