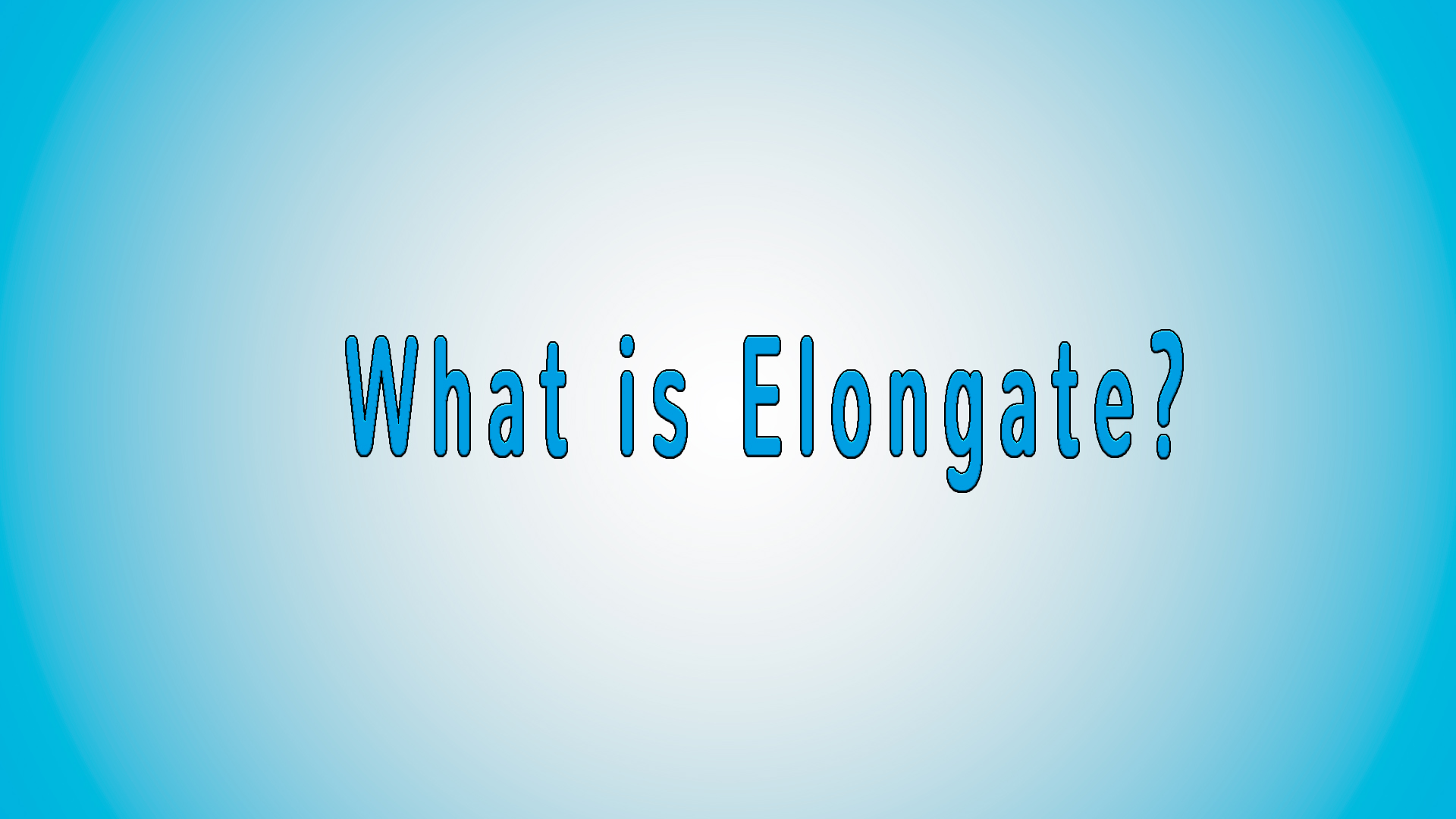 It all began with a funny tweet of Elon Musk, asking the world that once there would be a scandal about him, people should call it Elongate. Obviously, some guys thought: Hey, why shouldn’t we create a new cryptocurrency and call it like this? But given the fact that there is already a pile of different cryptocurrencies out there since the triumphal march of Bitcoin, Ethereum & Co, does the world really need another one? I started to dig deeper and after 2 hours spending on the website of the Elongate project, I must admit, this concept sounds actually pretty cool. That’s why I decided to support it and to provide to you a first overview about it, folks.

Actually, you can summarize the idea of this cryptocurrency in a few words: make money and do some charity. To be more detailed: the fundamentals of Elongate are “earn, burn and charity”.

Earn means that you can trade Elongate or earn it (more about earning you will find below) but also you would get some coins even if you just buy and hold them. How does it work? Well, if you are a holder of Elongate coins and someone else purchases, these persons will pay a 10% fee. A part of this fee will be spread among the holders of Elongate automatically. Thus, you would earn Elongates with just one purchase by holding it.

Burn means that some of the Elongate tokens will be regularly extracted manually from the system which would increase the floor price. The extracted Elongates will then be appropriated to transparent wallets and initiatives of the community.

Charity means that one part of the Elongates from the burn-process would be converted to BNBs (Binance Coins). Then, a certain part of these BNBs (67%) will be donated to charity.

More details about the whole concept of Elongate you will find in the official whitepaper (page 7 ff) you can read here.

How much is one Elongate token worth?

Since Elongate’s price action is visible on coinmarketcap.com, you can check the latest quotes it by clicking here.

What’s in for you when you buy Elongate?

Where some see no worth, the other ones see chances. Just because one Elongate is almost nothing worth, you can put in really low amounts of money and get a pile of coins which could turn to much more worth in case this cryptocurrency would survive and evolve.

Just a simple calculation: with $100 you would put in today, and one Elongate would increase from almost nothing to just 5 Cents, you would get a worth of around $100 Million.

Of course, and that’s very important: this is a pure speculation with a strong gambling character which can fail like many other projects and cryptocurrencies.

How to buy Elongate

As Elongate is just at the beginning of its journey, this cryptocurrency is not listed on any official cryptocurrency exchange like Libertex or Coinbase where you would buy cryptocurrency with FIAT-money. Besides that, you cannot buy Elongates directly. Instead, you need to buy another cryptocurrency and then to Change it to Elongate.

In other words, you need to make a detour. Here’s a guide, how to buy Elongate coins. By the way, on the Website of the Elongate Project, there is also a guide how to do this which is a bit different. But I chose another way because it was easier, at least for me. So you can choose between my way and the way shown at Elongate’s Website.

1. Get a digital wallet. I’m using Trust Wallet because it was really easy to install and to do the further steps with it. Download it here, Folks.

2. Buy some Binance Smart Chain coins, as much as you would like to change to Elongates. Please note: Don’t buy normal Binance coins because the whole swap process works only with BNB based on the smart blockchain. If you would like to know the difference between the “normal” Binance coin and the Binance Smart Chain coin, you can read it here, Folks.
If you never bought cryptocurrency before, you just can use the Trust Wallet where you can buy digital currencies right from there. The good thing is that Trust Wallet also checks the providers and offers you the “best” one.

3. When you got some Binance Smart Chain coins into your Trust Wallet, you need now to swap them to Elongates. To do this, use a decentralized exchange called PancakeSwap which is based on the BNB Smart Chain. That’s why it’s important you get Smart Chain BNBs and not the “normal” BNBs.
To get to the PancakeSwap, you can use your Trust Wallet. Just go to the area “DApps” and scroll down in the list: 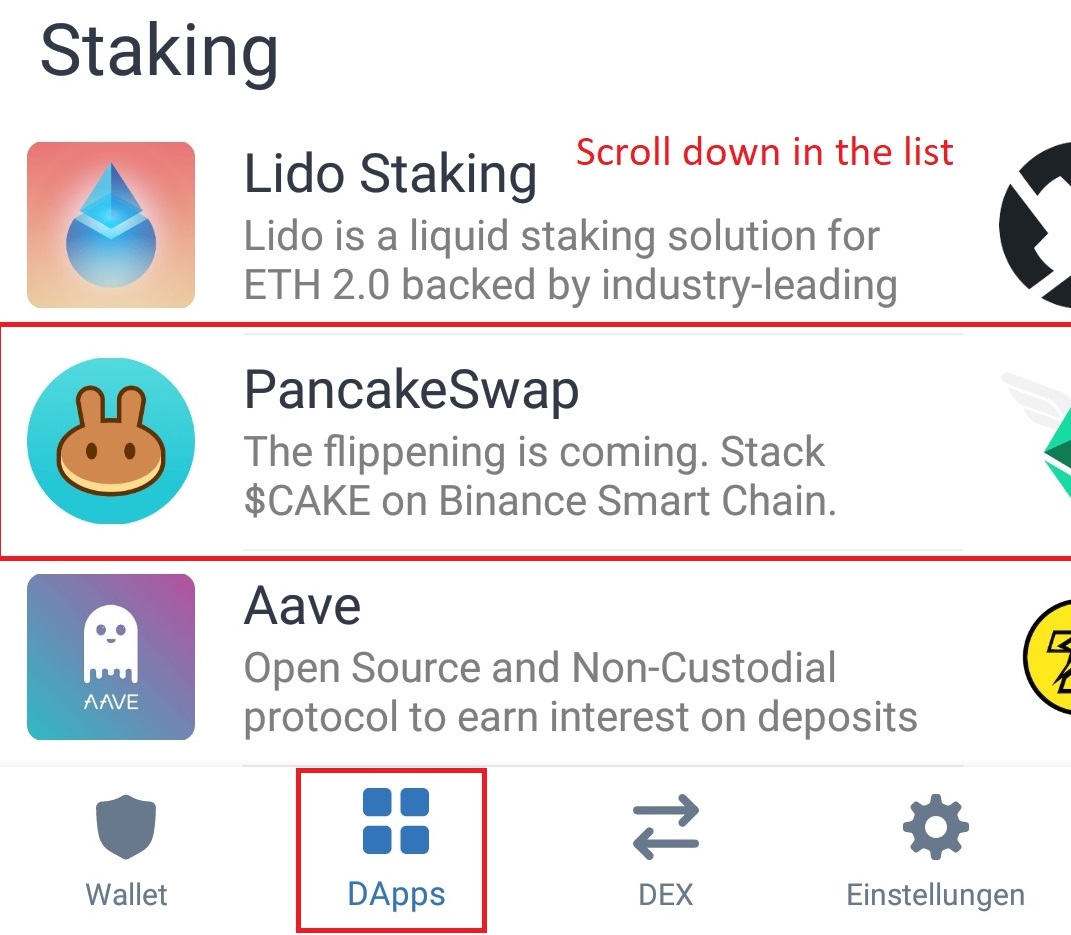 4. In PancakeSwap, move to the exchange area: 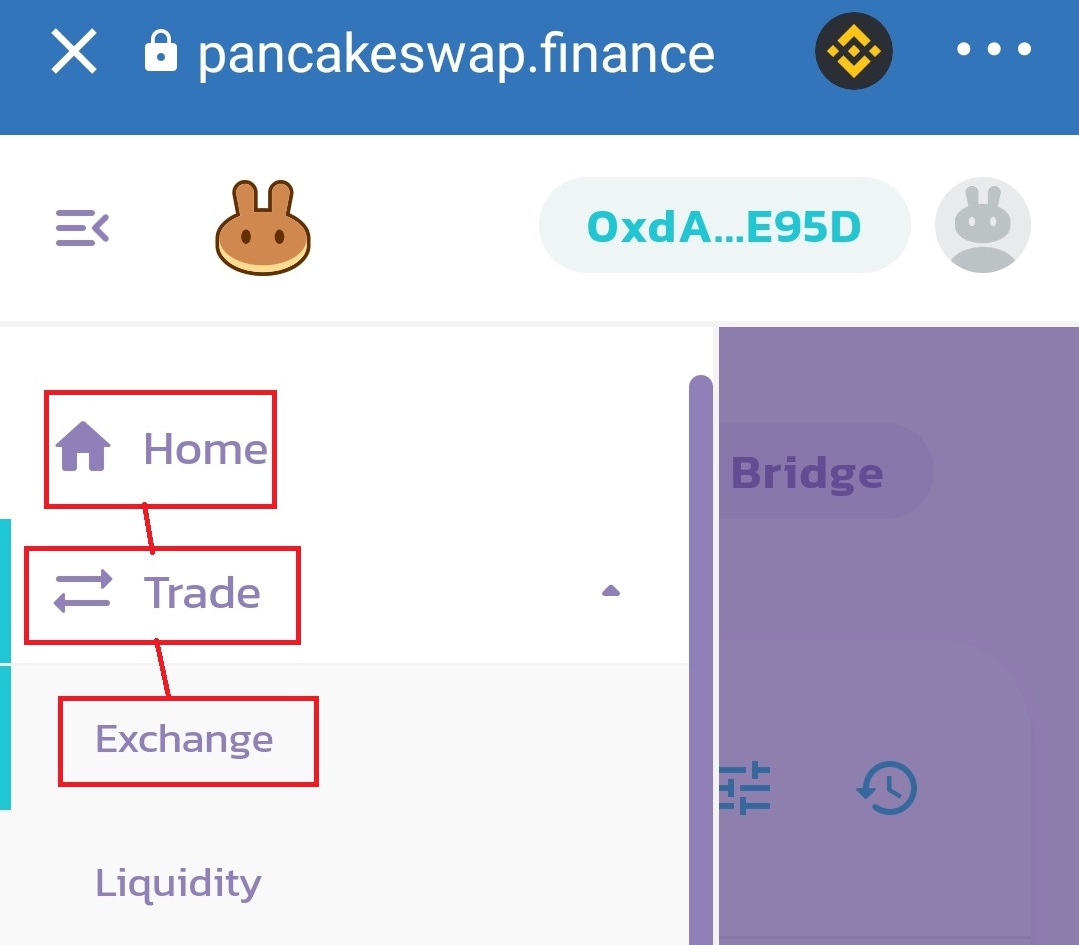 5. Once there, you can swap your smart Chain BNBs to Elgonates. In the list where you can select a currency you want to get, you won’t find Elongates by entering its Name.
Instead, you need to enter Elongate’s token address which is: 0x2A9718defF471f3Bb91FA0ECEAB14154F150a385
Once entered, you will see the Elongate and can select it.

6. Then you’re ready to swap! One important thing: it might happen you would get an error after you started the swap process in PancakeSwap. In this case, change the slippage rate to 11% or reduce the amount of Elongates to be swapped.

How to earn Elongate coins

If you would like to earn Elongates instead of buying them, you can participate in the NFT program. If you are a photographer, musician or another artist, this could be your chance to earn money with your work and to contribute to charity. If you are interested, you can submit your work here. For the first overview, please check the NFT page of the Elongate project.

What else can you do to support the Elongate project?

If you don’t want to buy Elongate or to earn them, you can also contribute to the Project in several ways: get involved into the Elongate community (help, hype, organize, develop). More information about it you will find on the website of the Elongate project.

Thanks everyone for visiting my blog and reading this article 😉

If you would like to get more articles about Elongate, cryptocurrencies, trading with options and trading or investing in general, you can support me by sharing this article or using one of the services or products I’m advertising as affiliate links.