Why you shouldn’t sell naked call options on stocks

When I started trading options, I thought it was more dangerous to sell puts. The reason for this was my conviction that a stock’s price is falling faster than it’s increasing. In general, this statement is not false. But the more experience I gained the more it got clear that actually the call side is the more “dangerous” one.  There are, of course, situations where it’s worth to sell call options on stocks. But in general, selling calls turned out to be riskier than selling puts. In this article, I’ll explain you the reasons for it and also show you situations where it’s nevertheless worthwhile to sell call options.

Premium disadvantage because of the skew

The first disadvantage of selling naked calls is the situation of the so-called skew. Because of skew, you would automatically get less premium for your call options than for your put options.

But how did it come to the situation of the skew? To understand the reason for this, we need to go back in time.

Before the skew, you would get the same premium for calls on stocks. In other words, the risk was equally distributed. But then came the crash of 19th October 1987. On this day, the Dow Jones lost 508 points (22.6% of its whole value).

And this event changed the game. For a lot of option traders have lost a lot of money on that day and they started to ask themselves if they weren’t doing anything wrong.

As a result, the skew was “born” to reward the option sellers for their risk of crashing prices and since then, the puts are more expensive than the calls.

This was the first disadvantage of selling calls on stocks and similar securities in normal situations.

Another problem here is that earnings are published outside the regular trading times. But the stocks are also trades outside these times which could lead to even more losses of your naked call.

Just this random example what could happen with a stock after the company published the results. The stock opened with a huge gap which could cause a margin call for a naked call option. 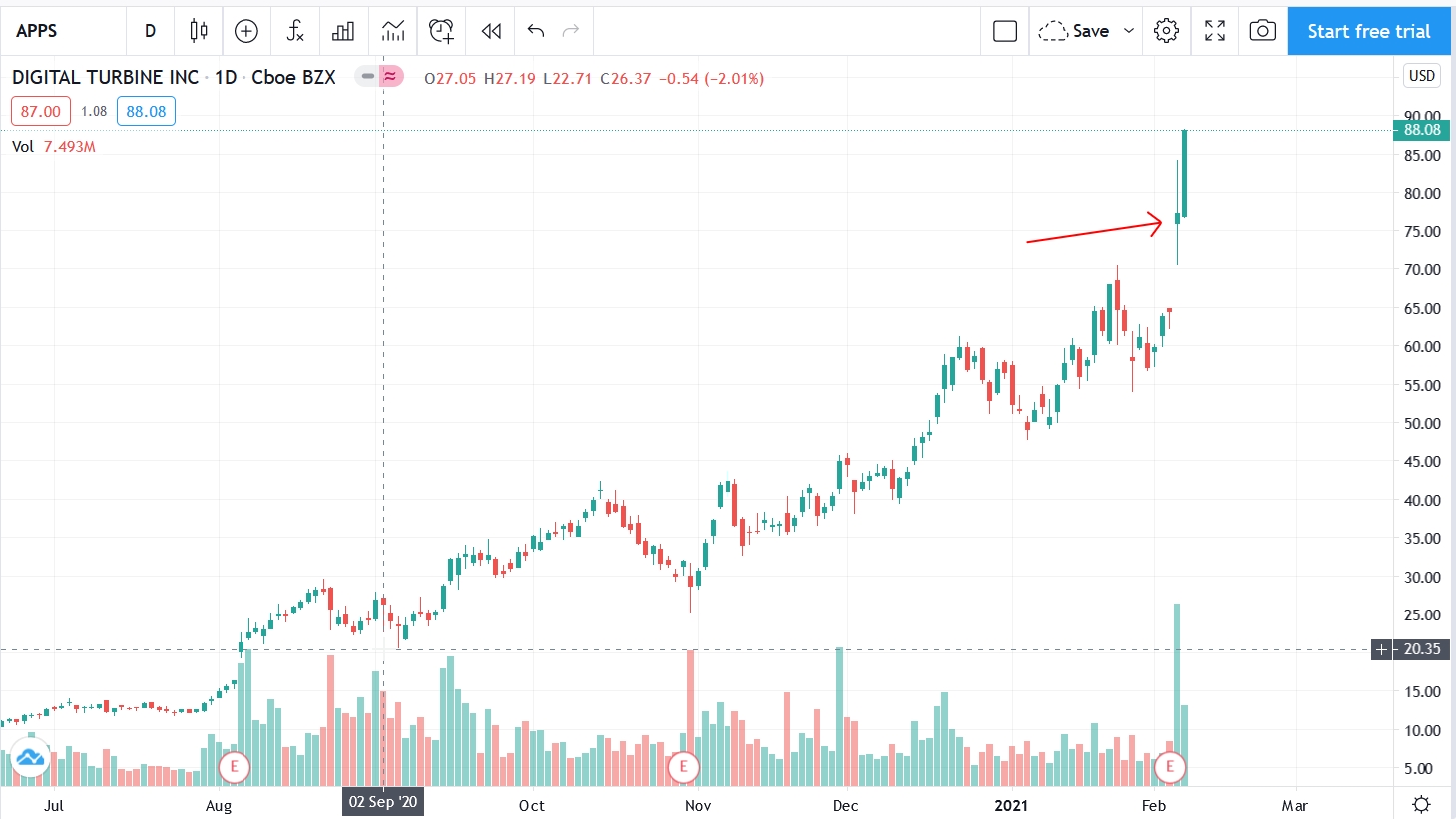 Another reason a stock could skyrocket is either a takeover bid. In case of takeovers you would have an even bigger problem than in the case of earnings announcements. The reason for this is that you won’t be able to roll the call to a higher strike. For as soon as the takeover bid is published, the price of the stock will be almost fixed. And in this case, you also wouldn’t get any decent premium for your calls.

Check this example, folks. This is the chart of LinkedIn when Microsoft made a takeover bid: 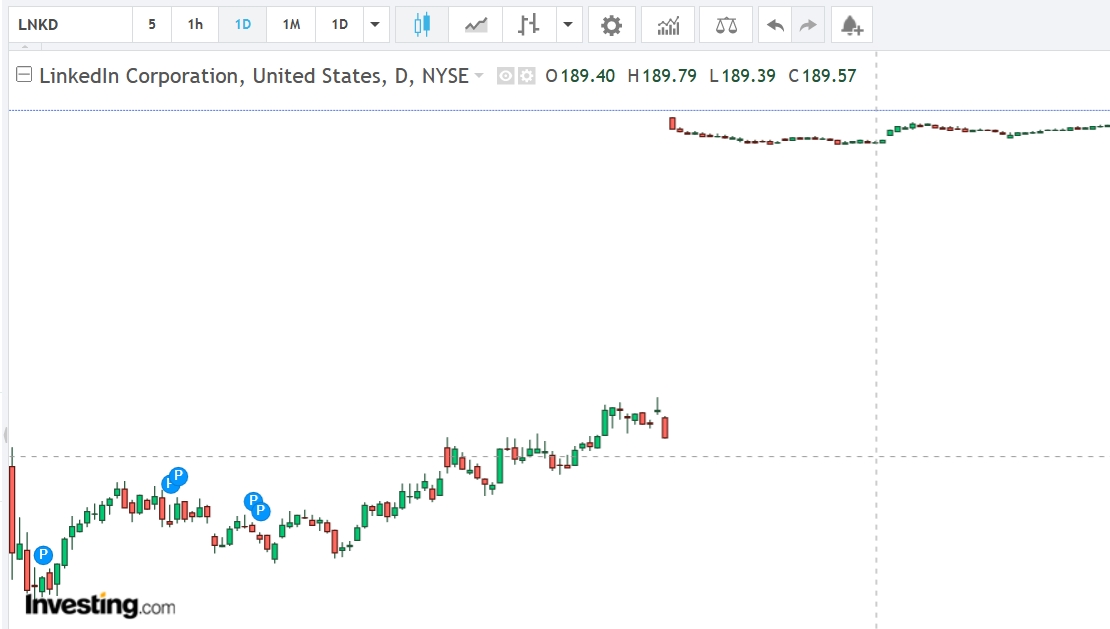 Short squeezes can be very destructive for naked calls. One of the most spectacular short squeezes occurred, for example, on Volkswagen in the year 2008. Check out the chart below: in just two days the stock jumped from around €215 to around €981 in just two days. Would you have been in a naked short call position, your account would have been demolished within a very brief time. In general, you would get a margin call and just right after that your broker would close all your positions to collect money to cover the losses. 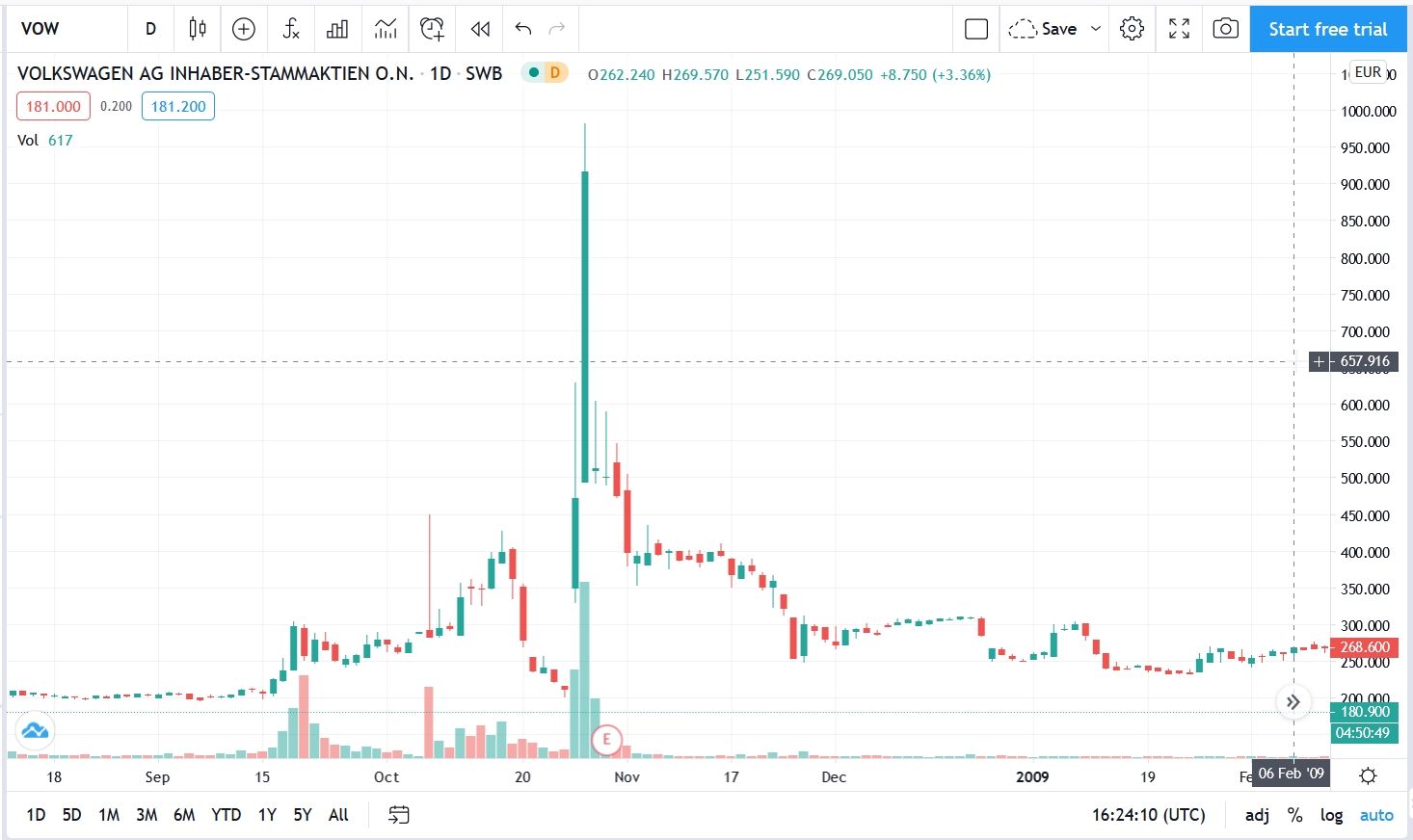 Of course, this was a very extreme example. But there are another examples where you would suffer losses. Check B & G Foods, for example. That short squeeze occurred at the same time as of Gamestop (caused by trading flash mob on Reddit and other social platforms): 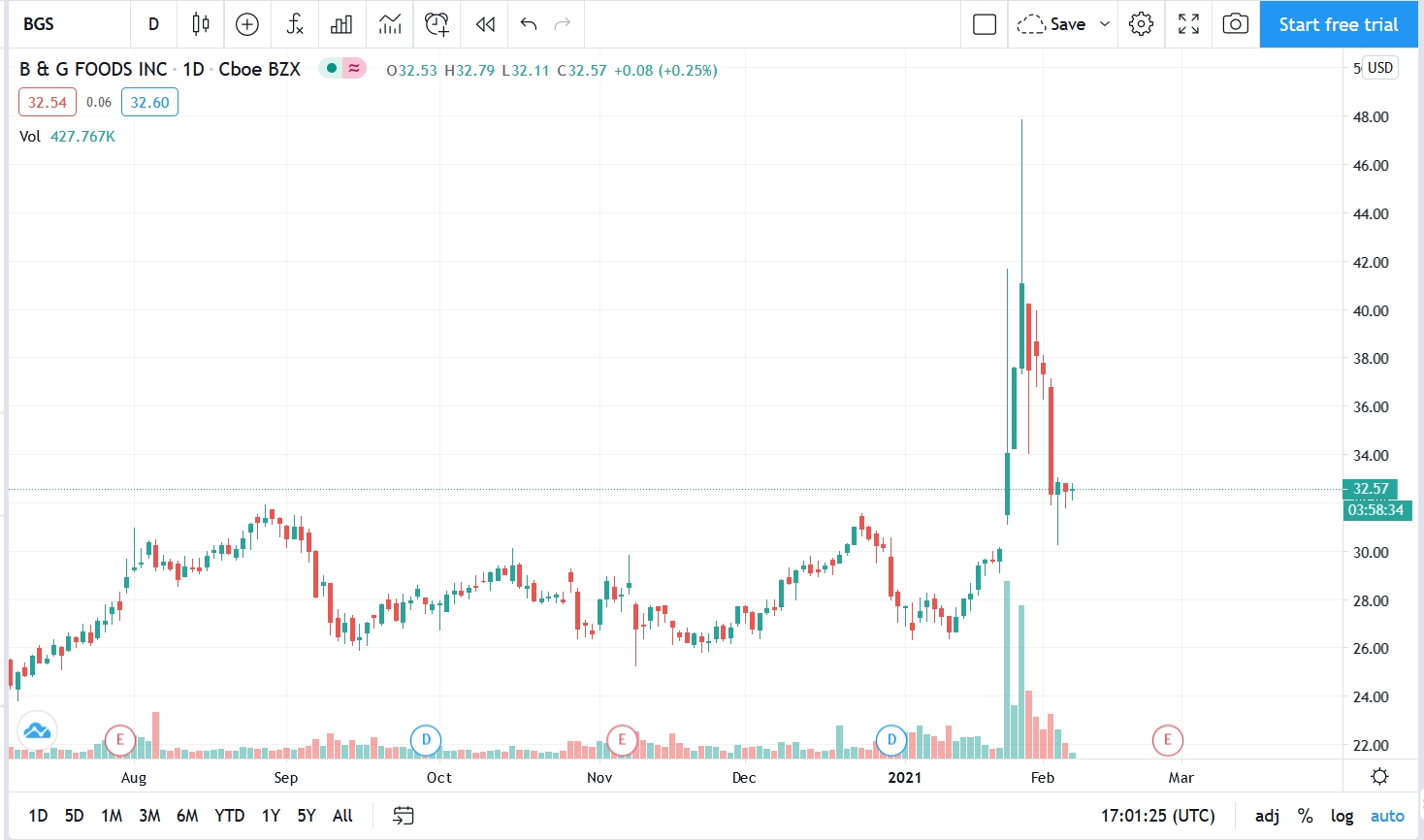 After you’ve read this article until this point, you might ask yourself whether there is no worthwhile possibility to sell calls. You will find the answer in this section, folks.

First of all, never sell naked calls except of one case which is a covered call. That’s why my experienced showed me and that’s what I can recommend. The reason for this is that with a covered call you won’t lose any money but your profit would just be limited to the strike of your call option.

But is it still worthwhile to sell calls? Yes, indeed. In case you would set up spreads to protect your call option, you can sell calls:

During earnings announcements. During the earnings time, the implied volatility can increase dramatically, so it would be also worthwhile to sell calls on these stocks. If you never heard about trading options during the earnings period, then check my article about it, folks.

The other situation when you can sell calls, is after a crash. But in this case you should not sell calls on stocks. Instead, you should sell calls on underlyings which are rising during a crash, like the VIX or other synthetic products like the VXX.

Last but not least, it’s worthwhile to sell calls on futures. The reason for this is that the skew on futures is complete different than on stocks. As every future has its “own life”, it could happen that you would get for the call the same premium as for a put. In this case, the professionals are calling this situation a “smile”. Sometimes, you would get even more money for a call on certain futures than for a put.

This was a brief introduction to the topic about selling calls. I hope, you could gain some new information, and if you’re completely new to options, then I can recommend you to take a course about it, e.g. on Udemy*. Also check my course I created to show you how to profit from crashes in the stock markets with reversal signals*.

What is a strangle in options trading?

What is Max Pain?