Seven facts about the Mayan culture

The culture of the ancient Maya is full of legends and fascinating facts. You will find their legacy sprawling across Mesoamerica consisting of pyramids, city ruins and ballcourts. And of course, it’s their unique scripture which looks very exotic and enigmatic as well. If you thought, Ek Balam, Tulum, Chichén Itzá, Cobá and other discovered sites in Mexico, Guatemala or Belize are the only Mayan places, you will be surprised that there is so much more about it! In fact, there are a lot of Mayan pyramids and temple grounds still to be discovered. These ruins are covered either by the thick jungle vegetation or earth which makes difficult to find them. And with every new discovery the scientists find a new answer for the big questions about this enigmatic civilization. If you are planning to visit some of the Mayan places, you maybe like to know about the ancient Mayan culture facts before you travel there. In this article I will give you seven facts about the Maya.

The worship of the serpent 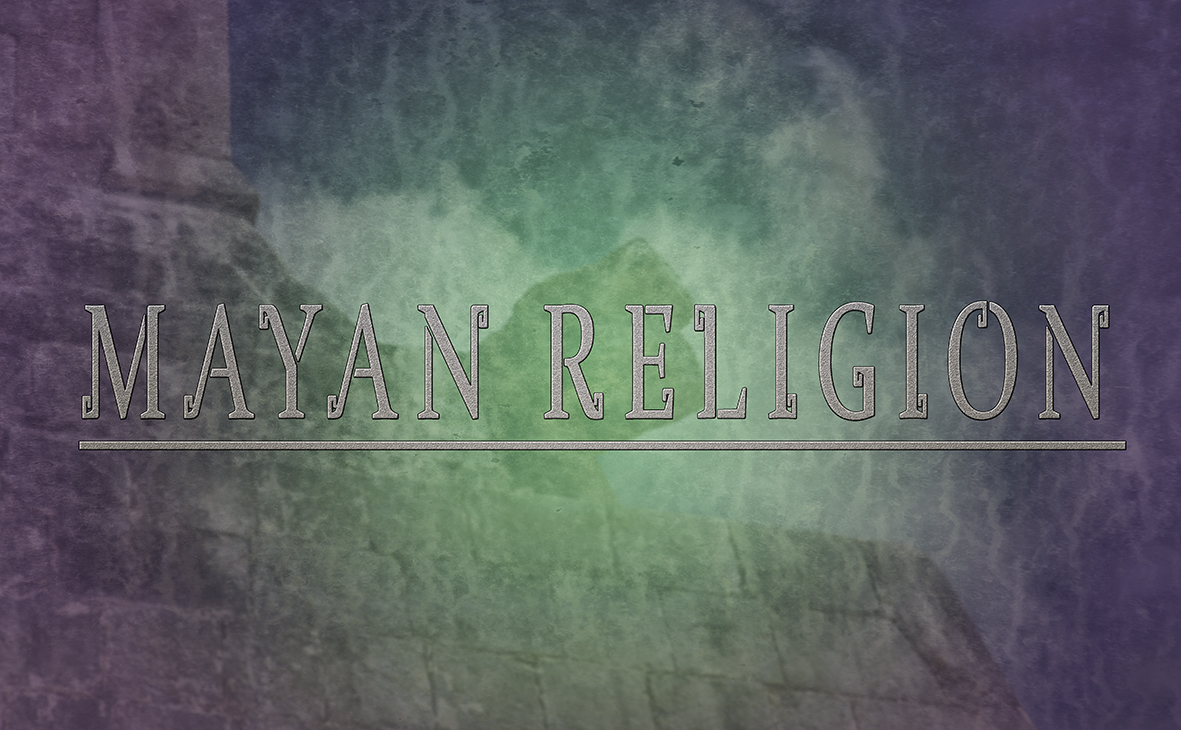 One of the facts about Mayan culture is that the Mayan people lived in a very close touch with nature and believed in a lot of gods. The totality of Mayan deities was pretty complex and the scientist know till today just a small part of the Mayan religion. But fact is, that religion was present each day in their daily life. It is presumed, that every single day in the Mayan calendar was dedicated to one different deity and the basic numbers as well.


Their main official deity was a feathered serpent god named Kukulkan. This feathered deity was the god of resurrection and also of the four elements: earth, fire, air and water. You maybe know the archeological site Chichén Itzá. The most known pyramid there is dedicated to the Kukulkan god. This fact of the snake worship lead to the situation that spanish conquistadores, monks and priests (especially the Bishop Diego de Landa in the year 1562) burnt all Mayan books and scripts as well. It happened because the Spanish were Christians and in the Christian religion the serpent is a symbol for the devil and the malice. What an immeasurable loss for the humanity…

There are only three Mayan books existing 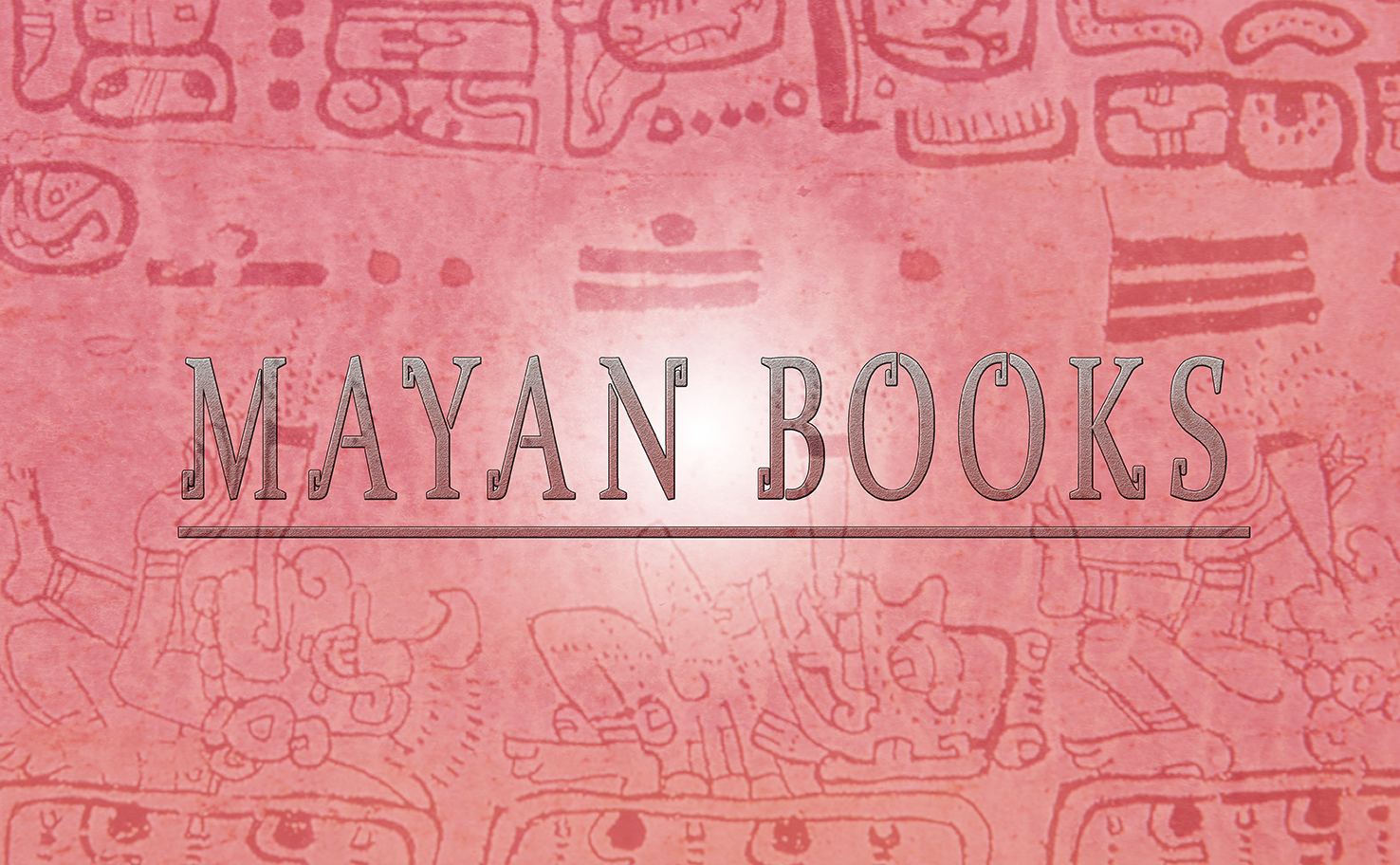 There were many Mayan books in existence. But after the rage of the clerics and the Spanish Inquisition there are only three books survived. There are called codices and they are all located in European museums. The most important of these codices is located in the German city Dresden. For that, it is called The Dresden Codex. According to the content, it’s presumed that it was a kind of a manual for the calendar priests. The other ones are named The Madrid Codex and The Paris Codex because they are located in Madrid and Paris.

There is a fourth codex in existence, the so-called Groiler Codex or Sáenz Codex. But this one is controversial and a lot of scientists doubt its authenticity. If you are interested in detail about one of these facts about Mayan culture, you can read this book*. 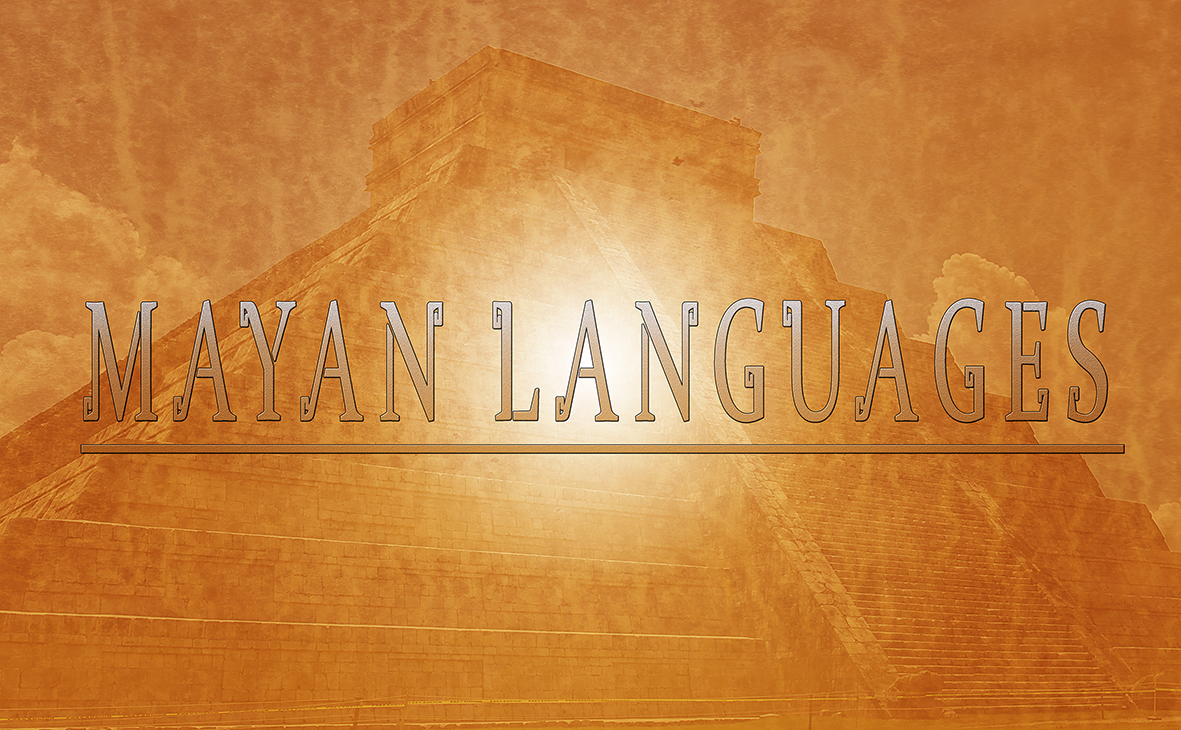 There is not just one Mayan language existing, but there are actually several branches of them with a couple of sub families. And believe or not, they are not considered ancient Maya language but they are indeed actively spoken! Some of them linked to each other but some are too different so that Mayan people from Yucatán probably won’t understand Mayan people living in Belize or Guatemala.

Furthermore, the Yucatec Maya, also called Mayathan, has a unique characteristic. For it’s the only tonal language among the other Mayan languages. Tonal language means, that the vowels (a, e, i, o, u) can be spoken on a different pitch and this gives to a word another meaning. You maybe know it from other languages like Chinese, Vietnamese or Swedish. The scientists assume that this characteristic was acquired throughout the course of history. If you would like to get more in touch with the Mayan languages, then you should check this book* which is dealing with the four main Mayan languages. 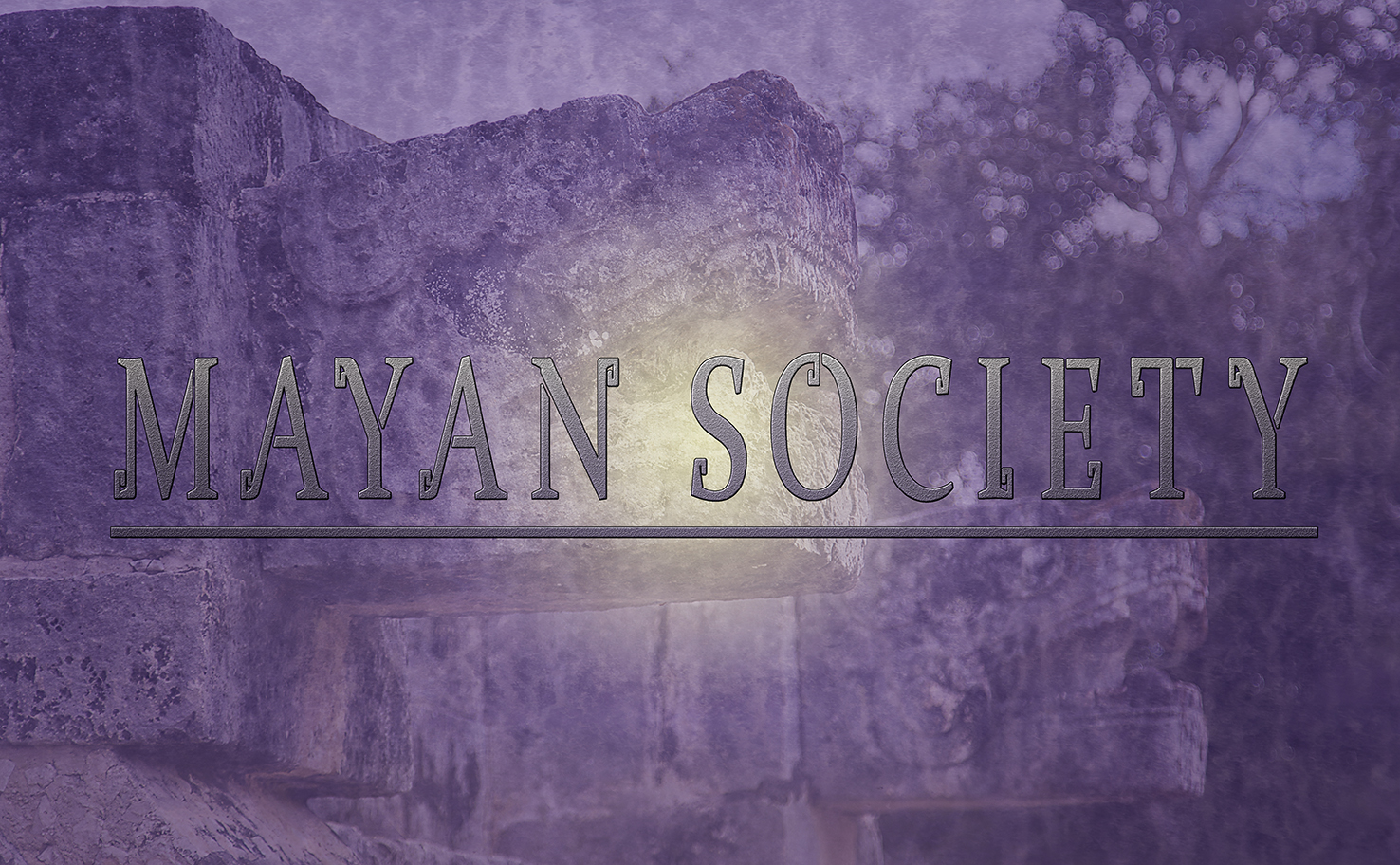 The Mayans had social classes to structure their society and this structure consisted in the first instance of a small upper class, like rulers, nobles and priests. The other two classes were the middle and the lower class. The middle class was made of government workers, merchants and artisans. The lower class consisted of peasants (farmers) and slaves.


Then, there was a special social class among Mayan social classes – the warriors. They did not fall into mentioned classes and had just a status of a warrior. Within a warrior’s class, there were some rules. E.g. everyone could become a warrior, even a peasant (except of a slave). But military leaders came only from the upper class. If someone was a peasant and got some merits during his service as a warrior, he could never achieve a higher status, because former he was a peasant. But if a peasant became a warrior and got a son, his son could achieve a higher status than his father, because this son was not a son of a peasant but of a warrior.

Within the ruler’s dynasties, it came often to cases of inbreeding as they wanted to stay amongst themselves. Some important information about that fact can be found on the wall of the Temple of Frescos in Tulum.

Hot chocolate was the beverage of the royals and the priests 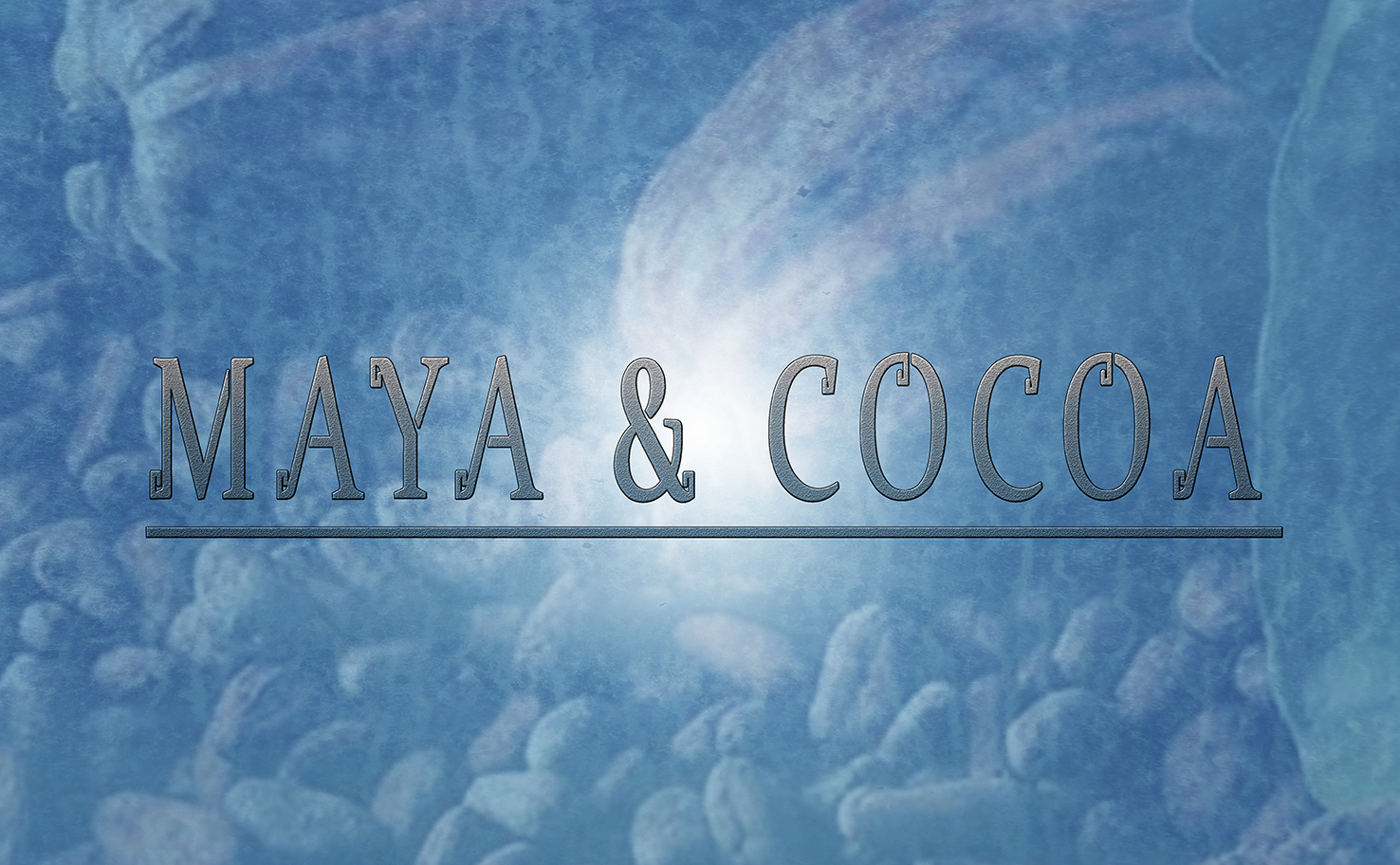 Only royals and priests were allowed to drink it every day as much as they wanted. Commoners could consume the chocolate drink too, but it happened only after a permission of the rulers. If someone consumed the chocolate drink without any permission, it would be a pretty sure death penalty for this person.

The reason for the special status of chocolate was as Mayans considered the liquid chocolate as the blood and was considered as the god food. That’s why Mayan had an own goddess for cocoa, named Ixcacao.

The Mayan calendar had 19 months 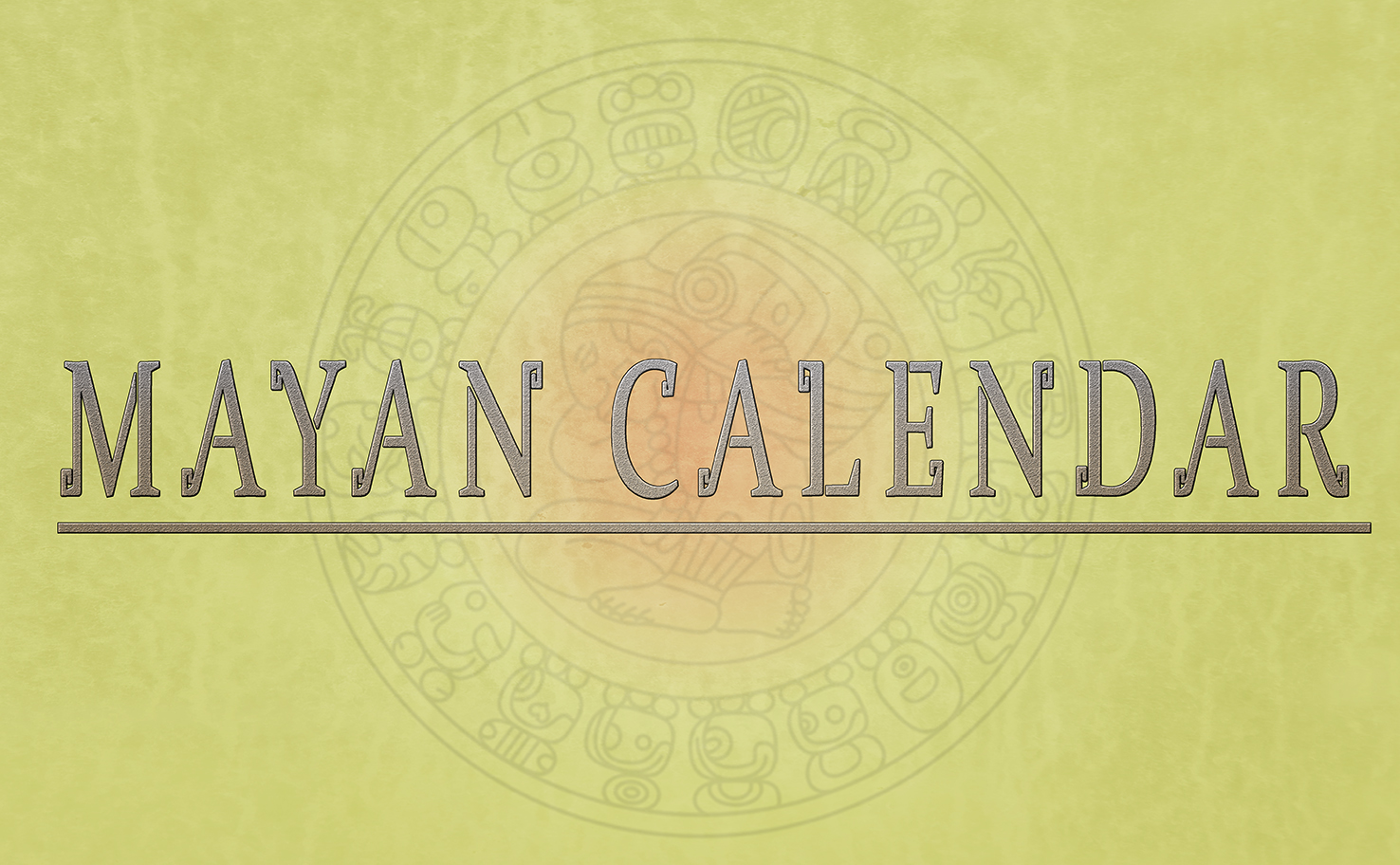 Now let’s check some interesting facts about the Mayan calendar. Ancient Maya were excellent astronomers and mathematics. They were fascinated from the seasons and the cycles in nature. So they did a lot of observations of the sky, of the luminaries and created not just one but several calendars. But the calendar which was most similar to our modern calendar was the calendar for the solar year called “the Haab”. In contrast to our calendar system, the Haab calendar had 19 months instead of 12. There were 18 months with 20 days each, and one month had only five days. This special month was called “Wayeb” and it was a very special month. Actually, those five days were called “nameless or unlucky days”. They were considered as dangerous days and a lot of bad things could happen, according to the superstition. For example, the ancient Maya believed that during the unlucky days the bad spirits could come and bring some mischief. To prevent themselves from those evil spirits, they practiced some rituals and several customs.

When I’ve been in Yucatán, one of our tour guides also told us that Maya people who were born on that five unlucky days became a special status. He told us, they were chosen to become human sacrifices. But it was not a tragedy but a big honor for them and they had a real good life until that day they died for their gods. 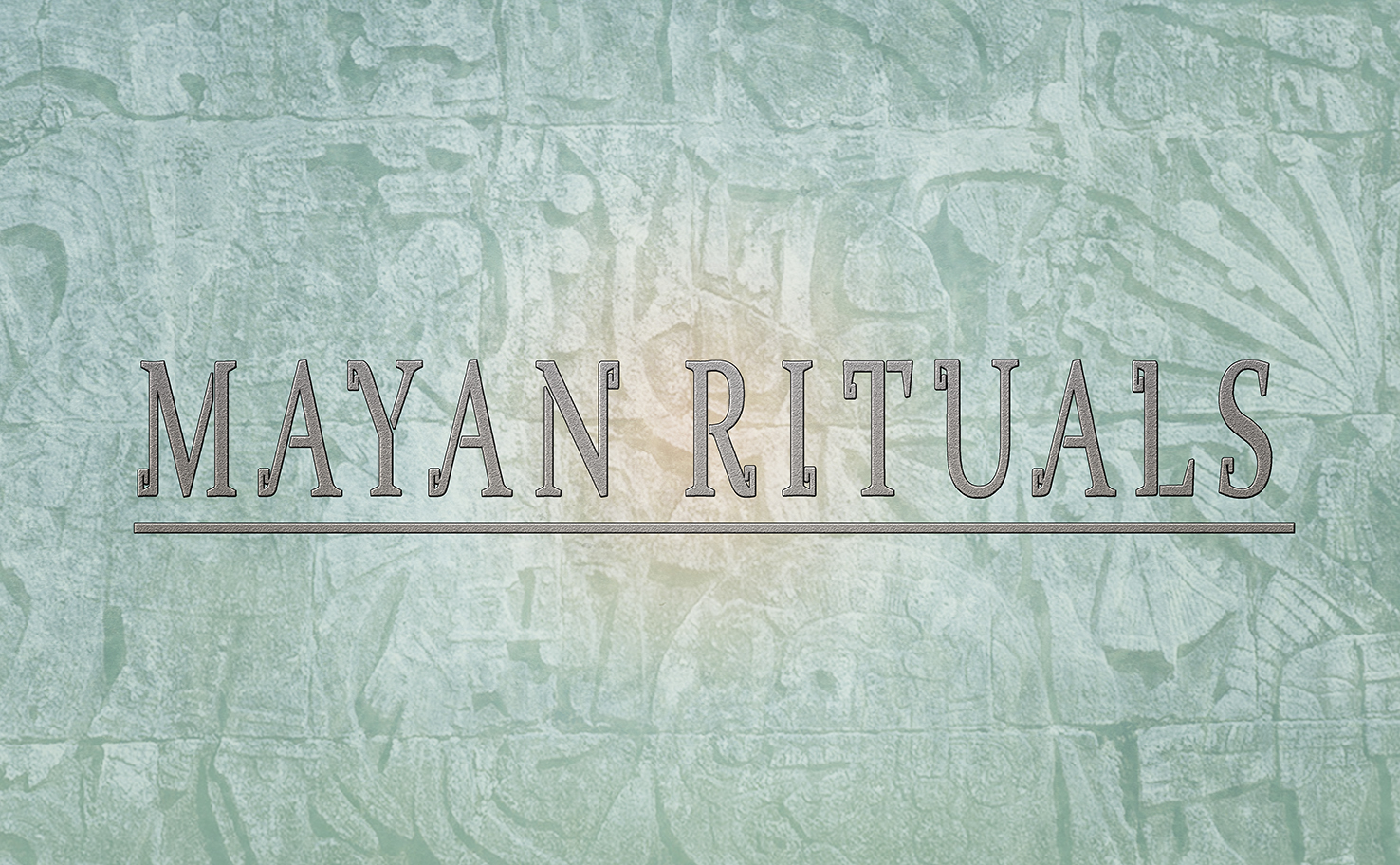 By the way, the Mayan calendar did not predict the end of the world at 21st of December 2012. This date was just the end date of their long-term (or long count) calendar of 5125 years. After this date, the next cycle of 5125 years would start anew.

Okay folks, those were seven facts about the Mayas. If you would like to see some pics I’ve made during my visit in Mexico, please check out my Mexico-Gallery. Also visit my articles about tourist attractions regarding the Mayan civilization.